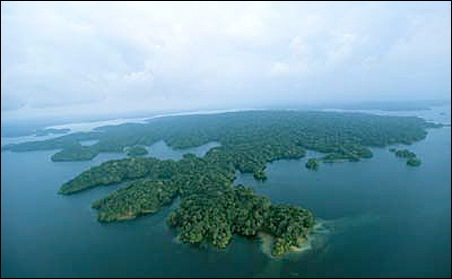 Source: The Smithsonian Institution
The Barro Colorado Island study site includes more than 400,000 individual trees and shrubs of over 300 species that have been marked, mapped and measured every five years for the last 30 years.

When I chase stories around the world, it’s a safe bet I’ll run into someone who has lived, worked or studied in Minnesota — especially if the stories have anything to do with biology or agriculture.

So it was no surprise to see that scientists from the University of Minnesota are reporting new findings about the biodiversity of tropical forests. Their report is in Science magazine’s latest online issue.

The setting for the research was a lowland tropical forest on Panama’s Barro Colorado Island — home to howler monkeys, whispering bats, the rare jaguar and lush stands of tropical trees and shrubs. There, the U of M scientists worked with the Smithsonian Tropical Research Institute to address questions of why some plant species thrive and become common while others remain exceedingly rare.

The explanation found from studying seedlings is that some species have issues akin to the problems in dysfunctional families: they just can’t stand to be too close to each other.

The study found that when a seedling of a rare species is growing next to an individual of its same species, it has a significantly lower chance of surviving. In contrast, seedlings of species that became common seemed to thrive growing close to their related neighbors.

Two scientists on the project — Professor Helene Muller-Landau and postdoctoral researcher Liza Comita — are from the U of M College of Biological Sciences. Comita is currently a postdoctoral fellow at the National Center for Ecological Analysis and Synthesis in California.

“Based on information about the survival of more than 30,000 seedlings of 180 species of tropical trees, we found that seedlings of rare species are much more sensitive to the presence of neighbors of their own species than seedlings of common species are,” said Comita, lead author of the report.

“In other words, when a seedling of a rare species is growing next to an individual of its same species, it has a significantly lower chance of surviving,” she said. 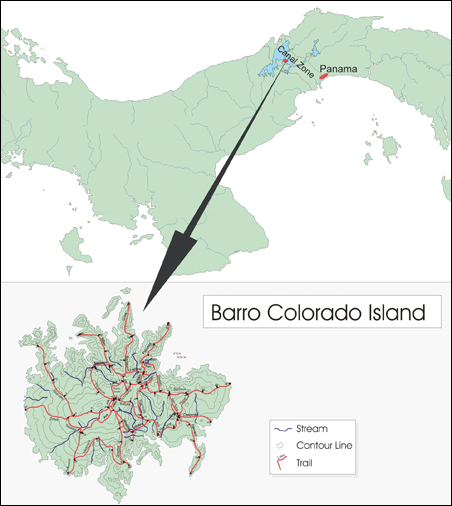 The finding tells scientists “where to look for mechanisms that explain why certain species are rare and provides clues about how to conserve rare species that are vulnerable to extinction,” she said.

Some evidence suggests that pests and diseases move more readily between individuals in the rare species. Another possible explanation lies in the way that they compete with each other for the same resources.

“Some of our colleagues are working on the specific mechanisms that explain these differences, and we look forward to seeing their results, which will be published soon,” Muller-Landau said in a statement.

The work is part of a large, long-term study of plant biodiversity on Barro Colorado Island. The study site — a forest plot about the size of 90 football fields — includes more than 400,000 individual trees and shrubs of over 300 species that have been marked, mapped and measured every five years for the last 30 years.

A unique window on climate change and other large-scale processes, the experiment was established to help scientists better understand how plant life organizes itself into communities. A five-year study of seedlings at the site produced the new finding.

U of M researchers wonder: In a tropical forest, why do some plants thrive and others become rare?