Although a smaller percentage of teenagers and young adults are drinking alcohol today than they did in the 1980s, the same isn’t true of college students.

They haven’t let up on alcohol at all. Binge drinking — downing at least four (for women) or five (for men) drinks in a row — remains a favorite campus pastime, despite efforts to curb it by college administrators.

And in case you’re inclined to shrug excessive student drinking off as just another rite of passage, here are some sobering statistics: Each year, some 500,000 college students are unintentially injured due to drinking, and some 1,700 college students die from alcohol-related injuries (most in automobile accidents). Alcohol also plays a large role in sexual and other assaults on campuses.

Study after study has shown that college students drink much less responsibly than other young adults. So it’s not just an age thing.

Why have colleges been so unsuccessful in reducing student drinking? A new study, released Tuesday by researchers from the University of Minnesota School of Public Health, offers an explanation: College administrators are using the wrong tactics.

They’re focusing too much on educational efforts aimed at individual students (not effective by themselves, research shows) instead of collaborating with their local communities to develop community-wide policies that make it tougher for students to access alcohol.

“Things haven’t really changed over the last 15 to 20 years, despite a huge amount of research and attention to the issue,” said Toben Nelson, the study’s lead author and an assistant professor of epidemiology and community health at the University of Minnesota, in a phone interview on Tuesday. 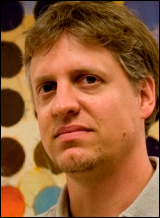 In 2002, he said, the National Institute on Alcohol Abuse and Alcoholism (NIAA) issued — with much fanfare — a report that grouped strategies for reducing alcohol on college campuses into four “tiers” based on their proven effectiveness at changing behavior.

Tier I (the most effective) strategies include intervention programs for students who are “problem drinkers or at high risk for experience drinking-related problems.” Yet, as the current U of M study — which surveyed administrators from 351 colleges — discovered, only about two-thirds of the colleges reported that they provide on-campus or off-campus (paid for by the colleges) intervention for these groups of students.

And even among the colleges that do offer interventions, one in four sent students to programs with questionable effectiveness (unsupported by scientific evidence).

Overall, therefore, only half the colleges were referring students to intervention programs that have been shown to actually work.

The NIAAA’s Tier II strategies (also shown to be effective in reducing excessive drinking among college student populations) include such community-based efforts as restricting the number of nearby bars and other outlets for alcohol, establishing more responsible “server training” (such as the checking of IDs) within businesses that sell alcohol in the community, and the raising of alcohol prices and taxes. Yet, few schools in the U of M study reported that they were collaborating with their community on these strategies.

Specifically, only 33 percent were engaged in compliance checks to monitor the underage sale of alcohol, 15 percent in instituting mandatory responsible beverage service training, 7 percent in restricting the number of alcohol outlets near campus, and 2 percent in increasing the price of alcohol.

However, almost all (98 percent) of the colleges surveyed said they educate their students about the consequences of alcohol — again, a strategy the NIAAA says has been shown to be ineffective on its own.

But, then, 20 percent of the administrators said they had never heard of the NIAAA recommendations.

Why, after eight years, have so many colleges failed to get the NIAAA message about what works — and doesn’t work — in regard to student drinking?

“The colleges don’t think it’s their domain to implement some of these things,” said Nelson. “It requires strong community-campus partnerships and strong leadership — and the will to make it happen.”

Nelson wouldn’t reveal if any Minnesota colleges participated in the survey, although he did say that the University of Minnesota did not, in part because people there helped develop the survey questions.

Nor would Nelson comment on how well he thinks the university is doing in terms of implementing the NIAAA strategies. But he did say he supports the university’s policy not to sell alcohol at campus athletic events. (He has co-authored a study on alcohol consumption at college sports events, which will be published later this year.)

Nelson does have advice for parents, however: When helping your child select a college, look for one without a strong alcohol culture.

Parents should also inquire about a school’s alcohol policies. Is the college or university working with its community to limit student access to alcohol? Does it have clear and consistent consequences for students who drink illegally and/or excessively? And what services does it offer students who do develop alcohol-related problems?

In addition, seek out schools known for fostering strong mentoring relationships between students and faculty and other staff.

“Students who have good mentoring relationships with adults on campus, whether it’s a professor, a coach or some other adult — those students are less likely to experience problems and more likely to get help if they do run into problems,” he said.

Nelson’s study appears in the October issue of the journal Alcoholism: Clinical and Experimental Research.