Albert Yonas, a professor of child development at the University of Minnesota, is looking for 30 or so special children: those with the neurological disorder known as developmental prosopagnosia, or “face blindness.”

In simplest terms, these are kids whose brains are configured in a way that makes them unable to remember faces.

Yonas’ lab and that of Harvard University psychologist Ken Nakayama recently received grants from the National Eye Institute to create screening tests for children with the disorder — tests that may make it possible to diagnosis prosopagnosia at a very early age, when treatments might be most effective.

“The goal is to find these children and get them down here to establish that they’re really suffering from the problem — and then engage them in a training program,” Yonas says.

Some adults with prosopagnosia can be successfully trained to recognize faces, but the process does not seem to become automatic for them, and, thus, the effects of the training tend to diminish over time. They are likely to return to their old, less effective methods of trying to tell people apart — finding some identifiable clothing, hair or voice pattern, for example.

Or they may revert to living socially isolated lives in which they don’t have to bother trying to recognize people at all. 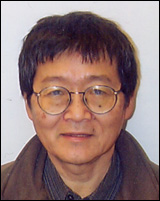 “If we can get the training to kids, then its effects may not fade away,” says Yonas. They might then, of course, be able to experience more socially integrated lives.

But first Yonas has to find the kids. Because most parents — and pediatricians — have never heard of developmental prosopagnosia, children with the condition are often diagnosed as having a behavior problem or some other developmental disorder, like autism.

Some kids may indeed have autism as well as face blindness, says Yonas. Or face blindness may lead to autism-like social symptoms. Not enough is yet understood about prosopagnosia in children to know how it’s related to other developmental disorders.

All that’s really is known is that these kids have trouble remembering faces, says Yonas. And that failing profoundly affects their lives.

One Minnesota boy
So far, Yonas has identified one Minnesota child with developmental prosopagnosia — a bright, verbal boy of 7, whose parents began suspecting that something was different about how their child perceived the world when one day he went out with his class at recess, but returned with a different class, without realizing it.

A bewildered teacher looked at the unknown boy sitting expectantly in her classroom and said, “Who are you? What are you doing here?”

Then there was the parents’ realization that the only classmate their son played with from one day to the next was a little girl who always wore pink.

After a Sherlock Holmesian Internet search, using their son’s unusual symptoms as clues, the parents discovered prosopagnosia — and then Yonas’ U of M lab. The boy was tested at the lab earlier this year.  “He scored off the end of the scale,” says Yonas. “That led us to believe that he is indeed a child with this condition.”

(To protect their son’s privacy, the parents declined to be interviewed for this story.)

A second 11-year-old boy with developmental prosopagnosia has been identified in Massachusetts by Nakayama’s lab. That leaves 28 more children, aged 7 to 13, to find. Yonas and Nakayama don’t believe their diagnostic test (which involves matching faces on a computer screen) will be valid unless they can confirm its usefulness in a significant number of children.

Once they have a valid screening test — one that can differentiate between how children with and without the condition perform its face recognition tasks at various ages — the researchers can begin to develop interventions similar to the ones that have been successful in some adults.

Not that uncommon
Unless you’ve read Oliver Sacks’ 1985 best-selling book, “The Man Who Mistook His Wife for a Hat,” or Minnesota writer Julie Kramer’s detective thriller, “Missing Mark,” you may never have heard of prosopagnosia.

It’s a neurological condition that doesn’t get a lot of press.

Yet a surprising number of people — up to 2 percent of the population, according to some estimates — are believed to be living with it. These individuals are so bad at recognizing faces that they often greet family members, close friends, and co-workers as strangers. In fact, they may not even recognize themselves in photos or in the mirror.

They can usually see facial features perfectly well, but they can’t encode those features and store them away in their memory. The symptoms vary. Some individuals with prosopagnosia only have difficulty recognizing faces; others also struggle with recognizing animals, objects, and places. Some can tell if a face is attractive or if it’s conveying an emotion, even if they can’t recognize the face itself; others can’t discern even basic facial emotions, like anger, joy, or fear.

One of the most common symptoms reported by people with face blindness is difficulty following the plots of television shows and movies. The villains and heroes all look alike.

Scientists once thought face blindness was caused only by an injury to the brain. Now, however, they believe the condition is usually developmental — either present from birth or occurring in early childhood. It appears to have a strong genetic component.

Difficulties arising from face blindness range from the comical to the embarrassing to the socially disastrous. Fortunately, most people with the condition develop coping strategies. They learn to tell people apart based on the sound of their voice, the style of their clothing, the shape of their body, or the way they walk. One woman with the condition trained herself to always greet people with the expression, “Nice to see you” rather than “Nice to meet you” — just in case the person is someone she’s already met.

For more information
Parents who suspect that their child may have developmental prosopagnosia are encouraged to contact Yonas at his lab via e-mail (yonaslab@umn.edu) or by phone (612-626-4344).

What symptoms might parents be looking for? A key one is the child’s inability to follow a story on a TV show, says Yonas. The child may also be exhibiting social problems — especially difficulty making friends. Their teachers may even have labeled them “anti-social.” And no wonder. The child with prosopagnosia may see someone — even a close relative — and not acknowledge the person.

For more information about prosopagnosia — in adults as well as children — explore Nakayama’s extensive and educational website.