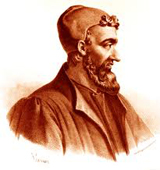 The wreckage of a Greek ship that sank off the coast of Tuscany, Italy, in 130 B.C. has provided modern scientists with the first physical evidence of medicines prescribed by such ancient Greek physicians as Galen and Dioscorides.

And the results are fascinating (well, for medical history buffs like me).

As reported in New Scientist, the millennia-old treasure-box of pills was actually discovered — almost completely dry, remarkably — along with the rest of the shipwreck in 1989, but archaeobotanists only recently got their hands on it. 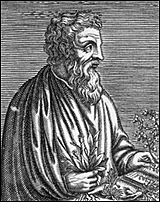 Using DNA technology to analyze the medicine’s contents, the scientists found that each tablet contained more than 10 different plant extracts, including carrot, radish, celery, wild onion, oak, cabbage, alfalfa, and yarrow. Such plants were commonly used at the time to treat physical — and mental — complaints. Yarrow, for example, was used to staunch blood flow from wounds, and carrot had many uses, including aiding conception and protecting people from reptiles (!), explains New Scientist reporter Shanta Barley.

One of the biggest surprises from the analysis was that the pills contained sunflower. Botanists have long believed that the sunflower first arrived in Europe in the 1400s, brought back from the newly discovered Americas.

Were the ancient physicians on to something with these ingredients? Did these pills actually help people? That’s what researchers will be exploring next. Writes Barley:

Drugs described by Dioscorides and … Galen … have often been dismissed as ineffectual quackery. “Scholars and scientists have often dismissed the literature on such medicines, and expressed doubt about their possible efficacy, which they attributed only to the presence of opium,” says [Smithsonian Institution science historian Alain] Touwaide. He hopes to resolve this debate by exploring whether the plant extracts in the pills are now known to treat illnesses effectively.

He also hopes to discover theriac – a medicine described by Galen in the second century AD that contains more than 80 different plant extracts – and document the exact measurements ancient doctors used to manufacture the pills. “Who knows, these ancient medicines could open new paths for pharmacological research,” says Touwaide.

The findings about the two-thousand-year-old pills was presented last month at the Fourth International Symposium on Biomolecular Archaeology in Denmark.