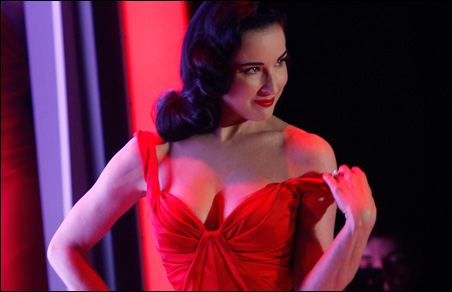 I’m sure Diet Coke wasn’t happy with the timing.

Wednesday was the long-scheduled date of the Red Dress Collection Fashion Show in New York. Diet Coke is a major sponsor.

That celebrity-packed show is a signature event of “The Heart Truth” campaign, which the National Heart, Lung and Blood Institute (NHLBI) oversees each February to raise women’s awareness of the risk of heart disease. Diet Coke has been a prominent sponsor of that campaign for much of the past decade.

But then, on Wednesday morning, came the release by the American Heart Association of a new study: A team of University of Miami (Florida) researchers had found an association between diet soda and potentially deadly cardiovascular events, such as stroke and heart attacks.

The timing of that release must have given the public relations folks at Diet Coke a, um, heart attack (so to speak).

Details and limitations
Specifically, the University of Miami study (which followed more than 2,500 men and women aged 40 and older for an average of about nine years) found that people who drank diet soda daily were 61 percent more likely to experience a cardiovascular event than people who drank no diet soda.

That increase in risk held up after controlling for such factors as age, sex, smoking, physical activity and calories consumed each day. Even after the researchers controlled for metabolic syndrome and a history of heart disease, the people who drank diet soda daily had a 48 percent increased risk of having a stroke or heart attack compared to their non-diet soda drinking peers. 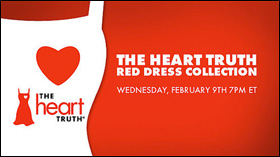 Surprisingly (because it contradicts other research), this study did not find any increased risk of stroke and heart attack among people who drank regular soda daily.

OK. OK. This study has all sorts of limitations. To begin with, it relied on the participants reporting their soda and other health-related habits, an unreliable source of data. Furthermore, it’s an observational study, which means it can only show an association between two things, not a cause and effect. It could very well be that people who drink diet soda do other things — perhaps involving the types of foods they eat — that raise their risk of heart disease.

In addition, the study hasn’t been published anywhere, so it has yet to go through peer review. Its authors, from the University of Miami’s Miller School of Medicine, presented an abstract of their findings at a medical conference on Wednesday.

Still, the findings back up previous studies (although also observational) that have shown a positive link between diet soda consumption and the risk of diabetes and metabolic syndrome — two major risk factors for heart disease.

“This study suggests that diet soda is not an optimal substitute for sugar-sweetened beverages, and may be associated with a greater risk of stroke,” states one of the study’s authors in the AHA press release.

What is NHLBI thinking?
Whether or not future research confirms the findings of this particular study, we have to wonder why the NHLBI is partnering with Coca-Cola (the company that, of course, owns Diet Coke) to raise awareness of heart disease.

After all, the NHLBI cites obesity as one of the major risk factors for heart disease on “The Heart Truth” website. And soda is considered a major suspect in our current obesity epidemic. The just-released updated version of the U.S. Department of Health and Human Service’s  “Dietary Guidelines for Americans” tells us quite clearly to “drink water instead of sugary drinks.”

But Coca-Cola isn’t the only eyebrow-raising corporate partner involved in “The Heart Truth” campaign. Several other makers of sugar- and fat-laden processed foods have lent their money and logos to the campaign, including Kim’s Light Foods, Kozy Shack, Minute Maid, Sara Lee and General Mills (Cheerios).

Yet the “Dietary Guidelines” also contain this advice:

“Consume fewer and smaller portions of foods and beverages that contain solid fats and/or added sugars, such as grain-based desserts, sodas, and other sugar-sweetened beverages.”

Not that you’ll find this dietary advice anywhere on “The Heart Truth” website. The site lists being overweight, diabetes, high blood pressure and high cholesterol as risk factors (among others) for heart disease, but it never connects the dots between those factors and the foods we eat.

We deserve better from our health officials. Heart disease is our leading cause of premature death, killing more than 600,000 American adults each year. Let’s hope that next year “The Heart Truth” campaign tells the whole truth.