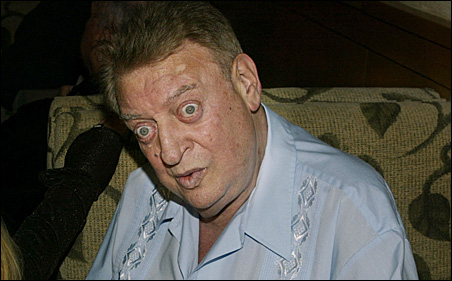 REUTERS/Fred Prouser
Some 70 percent of the surveyed physicians said that respect from patients had gotten either “a little” or “much” worse since they began practicing medicine.

Ever wonder what your doctor thinks about you?

In its March issue, Consumer Reports magazine details the results of an online survey of 660 primary-care physicians it conducted last September. The survey reveals some expected — and some troubling — findings about the current state of the doctor/patient relationship.

Here are the highlights:

The survey also revealed a couple of troubling findings. First, the majority of the doctors surveyed said that drug company salespeople contact them more than 10 times a month, and more than a third said they were contacted more than 20 times a month by a BigPharma rep. (The Consumer Report editors recommend that you bring up your doctor’s relationship with pharmaceutical companies at your next visit.)

The other troubling finding was the high percentage of the surveyed physicians (47 percent) who thought it was “of little value” to give patients information about malpractice claims or professional disciplinary actions.

You can read the full article about the Consumer Reports survey here.