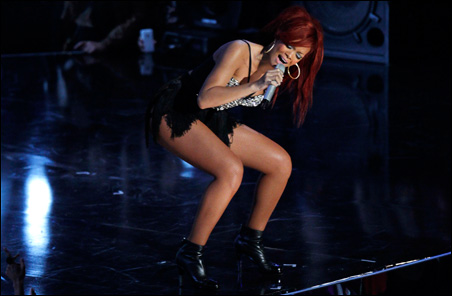 Writing Wednesday in the online magazine Miller-McCune, science writer Tom Jacobs describes some provocative new research that offers, um, ammunition to the theory by evolutionary psychologists that war is an extension of mating-related male aggression.

That theory, writes Jacobs, proposes that “men compete for status and resources in an attempt to attract women and produce offspring, thereby passing on their genes to another generation. This competition takes many forms, including violent aggression against other males — an impulse frowned upon by modern society but one that can be channeled into acceptability when one joins the military.”

The latest research that seems to support this theory involves a series of experiments conducted in China and published in the March issue of the journal Personality and Social Psychology Bulletin.

Here’s Jacobs’ description of one of the experiments:

In [the] experiment, 23 young heterosexual males viewed one of two sets of 16 photos. One feature image of Chinese national flags; the other focused on female legs. They then performed a computer test to see how quickly they could respond to common two-character Chinese words. Half of the words related to war, while the others related to farms.

If they were motivated by nationalism or patriotism, the young men would have presumably responded to the war words more rapidly after having viewed the flag. But in fact, the researchers write, they “responded faster to war words when primed by female legs.”

In contrast, the rate at which participants processed farm-related words did not vary depending upon which photos were seen.

Why are men with mating on their minds more receptive to the idea of war? The study’s authors, reports Jacobs, say it may be due to the fact that “successful warriors have traditionally enjoyed greater access to women”:

This instinctual force propels men “to engage in organized lethal aggression by co-opting other human adaptations, including our unique cognitive and social mind,” [the study’s authors] write. To put it more simply, our rational brains lose the internal battle to our instinctual selves.

If peacocks impress potential mates with colorful feathers, the researchers write, perhaps warriors attract women with their ribbons, badges and fancy dress uniforms. And men’s “swords and missiles” may be our answer to a stag’s horns: weapons that showcase one’s virility.

Of course, as Jacobs points out, this theory doesn’t explain why women join the military — or, I might add, advocate for war. And, the experiments would need to be confirmed in other countries to make sure the results weren’t culturally driven.

You can read Jacobs’ full summary of the research here.