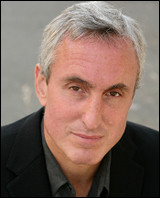 Science writer Gary Taubes has written a must-read article in this week’s New York Times Magazine that asks the question, “Is sugar toxic?”

I don’t know if this article will get the same kind of attention (and nasty pushback) as Taubes’ 2002 Times article on dietary fat, but it raises many of the same concerns about how research politics and personalities (and, of course, the efforts of big-business interests) can influence how science is conducted — and interpreted for the public.

In the current article, Taubes details what is known (but what has been often ignored, misconstrued or even willfully misrepresented) about sugar and its effect on human health, particularly its potential as a direct cause of heart disease, diabetes, obesity and many common cancers.

“The history of the debate over the health effects of sugar has gone on far longer than you might imagine,” he writes. “It is littered with erroneous statements and conclusions because even the supposed authorities had no true understanding of what they were talking about. They didn’t know, quite literally, what they meant by the word “sugar” and therefore what the implications were.”

As Taubes points out, “sugar” refers to both sucrose (beet and cane sugar, white or brown) and high-fructose corn syrup. Both have exactly the same biological effects on the body.

And that effect isn’t good. In fact, says Taubes, it may be very, very bad. Yet most of us wouldn’t know that from the somewhat tame sugar warnings we currently receive from our health officials. Writes Taubes:

The conventional wisdom has long been that the worst that can be said about sugars of any kind is that they cause tooth decay and represent “empty calories” that we eat in excess because they taste so good.

By this logic, sugar-sweetened beverages (or H.F.C.S.-sweetened beverages, as the Sugar Association prefers they are called) are bad for us not because there’s anything particularly toxic about the sugar they contain but just because people consume too many of them.

Those organizations that now advise us to cut down on our sugar consumption — the Department of Agriculture, for instance, in its recent Dietary Guidelines for Americans, or the American Heart Association in guidelines released in September 2009… — do so for this reason. Refined sugar and H.F.C.S. don’t come with any protein, vitamins, minerals, antioxidants or fiber, and so they either displace other more nutritious elements of our diet or are eaten over and above what we need to sustain our weight, and this is why we get fatter.

Whether the empty-calories argument is true, it’s certainly convenient. It allows everyone to assign blame for obesity and, by extension, diabetes — two conditions so intimately linked that some authorities have taken to calling them “diabesity” — to overeating of all foods, or underexercising, because a calorie is a calorie. …

But, as researchers (ones whose voices may be finally getting heard) explained to Taubes, the real health danger posed by sugar is not about the consumption of empty calories.

The issue instead, writes Taubes, “is that sugar has unique characteristics, specifically in the way the human body metabolizes the fructose in it, that may make it singularly harmful, at least if consumed in sufficient quantities. … This means we can eat 100 calories of glucose (from a potato or bread or other starch) or 100 calories of sugar (half glucose and half fructose), and they will be metabolized differently and have a different effect on the body. The calories are the same, but the metabolic consequences are quite different.”

In animals, or at least in laboratory rats and mice, it’s clear that if the fructose hits the liver in sufficient quantity and with sufficient speed, the liver will convert much of it to fat. This apparently induces a condition known as insulin resistance, which is now considered the fundamental problem in obesity, and the underlying defect in heart disease and in the type of diabetes, type 2, that is common to obese and overweight individuals. It might also be the underlying defect in many cancers. If what happens in laboratory rodents also happens in humans, and if we are eating enough sugar to make it happen, then we are in trouble.

In the article, Taubes also describes how University of Minnesota nutritionist Ancel Keys’ personal (and quite unpleasant) 1970s feud with British researcher John Yudkin helped to perpetuate the idea that dietary fat rather than sugar raised the risk of heart disease. (The common assumption then was that only one of the theories could be correct.)

You can read Taubes’ article here (Warning to non-Times subscribers: Clicking on this link counts toward your monthly online allotment of 10 free New York Times articles). You can also read an interview I did with Taubes earlier this year about his latest book, “Why We Get Fat and What to Do About It.”