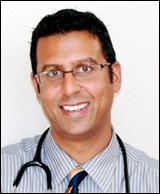 Why is alternative medicine so popular?

As Parikh points out, alternative medicine is one topic on which the political left and right are equally likely to throw reason out the window:

While the left and right almost never agree, neither wants the government to mess with their medicine cabinet. The left has that anti-authority streak that bristles at the medical establishment, while the right has a visceral opposition to any government regulation — in this case, the Food and Drug Administration.

In fact, says Parikh, “the history of the modern alternative medical movement started in the halls of Congress back in the early 1990s” under the leadership of two senators from opposing parties, Tom Harkin, D-Iowa, and Orin Hatch, R-Utah.

Both men believed that bee pollen had cured their allergies. (Hatch also represents a state where many dietary supplement companies are headquartered. For a detailed look at Hatch’s early unapologetic support of the supplement industry, see Stephanie Mencimer’s 2001 article in the Washington Monthly.)

(Oh, and for the record: There’s no evidence that bee pollen cures allergies. In fact, the Food and Drug Administration has fined supplement companies for making such claims.)

But we can’t blame the rise of alternative medicine (now a $50-billion-a-year industry in the U.S.) on politicians alone. Writes Parikh:

[T]here are qualities in the American psyche that also favor alternative remedies. First, there’s our natural inclination to keep fighting no matter the odds (other cultures are certainly more fatalistic). Our can-do attitude fuels a desire to explore any and all frontiers — be it the West, space or the cutting edge of medicine.

Second, science, including medical science, just isn’t what it used to be. … [A]s the Berlin Wall fell, our collective psyche lost that sense of scientific superiority, which coincided with a growing recognition that medicine had limits, and that we were spending a lot of money on health care with ever-diminishing returns. Medicine and doctors’ reputations declined as we moved from curing acute illness — like infections with antibiotics and vaccines — to battling the tyranny of the chronic: heart disease, diabetes, cancer and others. These are complicated diseases and some, like chronic fatigue syndrome, are poorly understood. There’s nothing in medicine that can cure most of these ailments, and their treatments usually mean lifelong doses of medications, tests and hospitalizations, all of which have side effects. Skepticism crept in, and with it, room for alternative views.

You can read Parikh’s column here.