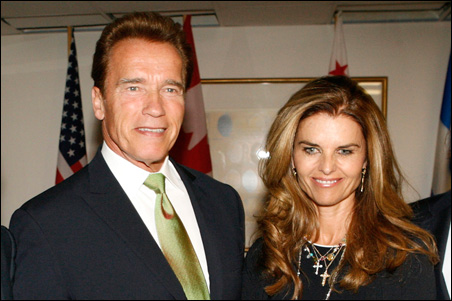 REUTERS/Fred Prouser
Researchers found that politics plays a much more important role in the selection of a mate than personality or looks.

Couples whose husbands and wives have opposing political views, like the now-separated Arnold Schwarzenegger (Republican) and Maria Shriver (Democrat) or the still-together Mary Matalin (very Republican) and James Carville (very Democrat), are unusual. Surprisingly unusual. And in another generation or so, such couples may become even rarer.

At least, that’s what the intriguing findings of a study published recently in the Journal of Politics suggest.

The researchers (who come from several universities, including Rice University and the University of Nebraska, Lincoln) examined the physical and behavioral traits of more than 5,000 American couples. They found that politics plays a much more important role in the selection of a mate than personality (such things as extroversion or impulsiveness) or looks (height, weight, body type).

Specifically, on a scale of 0 to 1, with 1 meaning “perfectly matched,” the spouses in the study scored 0.1 to 0.2 on physical traits, an even weaker 0 to 0.2 on personality traits, but a strong 0.6 on political ideology. The only trait in this study that showed a higher match was “frequency of church attendance”:  0.7.

Other studies have found that spouses tend to be similar in such things as physical characteristics, education, income, occupation and intelligence. But, according to this new study, political leanings appear to be even more important.

“When it comes to mates,” write the study’s authors, “birds of a feather do flock together.”

These findings may have long-term implications for the nature of American politics. “If parents transmit political traits to their offspring,” write the study’s authors, “the practice of liberals marrying liberals and conservatives marrying conservatives seems likely to increase political heterogeneity both within their own generation and into the next generation as well.”

The findings also suggest, say the authors, that the “red/blue” political divide (within as well as between states) may grow stronger:

As Americans have fled rural areas and become more mobile in the past half century, the effect may have been less to create a more liberal or a more conservative populace overall and more to create one in which people are increasingly able to self-select into like-thinking areas. …

[P]olitical divergence did not begin with the ‘red state’ – blue state’ divide, but rather is at least as old as Athens versus Sparta. And we can say that the existence of high levels of political concordance across spouses … offer a novel contributing explanation for the enduring tendency toward ideological division in political life — an explanation suggesting that the timeless character of political divisiveness may emanate not just from the machinations of elites but also from the nuances of courtship.

Politics may be more important than personality or looks in marriage