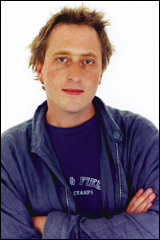 In the current issue of New Scientist magazine, British journalist and documentary film maker Jon Ronson (“The Psychopath Test: A Journey Through the Madness Industry”) writes about what he calls the “false epidemic” of childhood bipolar disorder.

It’s one of many contentious debates swirling around the next edition, currently in production, of the “Diagnostic and Statistical Manual of Mental Disorders” (DSM), psychiatry’s official bible for identifying and diagnosing mental illnesses.

Some psychiatrists have argued that childhood bipolar disorder, which is now sometimes diagnosed in children as young as 2 years old, should not be in the DSM.

“These kids can be very oppositional, powerful kids who can take years off your happy life. But they aren’t bipolar,” New York child psychiatrist Dr. David Shaffer told Ronson.

Chaotic beginnings
What I found particularly interesting — and troubling — in the article, however, was Ronson’s description of how the modern DSM, with its checklists of psychiatric symptoms, came into being.

For the story, he interviewed octogenarian Dr. Robert Spitzer, who was a psychiatrist at Columbia University when he signed on in 1973 to edit what was then, as Ronson points out, “a little-known spiral-bound booklet … that reflected the Freudian thinking predominant in the 1960s. It had very few pages, and very few readers.”

Spitzer thought Freudian psychoanalysis was worthless, particularly since it had failed miserably to help his own “very unhappy mother.” He wanted to create a new DSM that would toss out Freud and introduce checklists of symptoms for various disorders. Psychiatrists could then match a patient’s symptoms with the checklists to make a diagnosis.

It all sounds very rational and evidence-based — until Ronson describes the process used to devise those checklists [Warning: British spellings]:

For six years Spitzer held editorial meetings at Columbia. They were chaos. The psychiatrists would yell out the names of potential new mental disorders and the checklists of their symptoms. There would be a cacophony of voices in assent or dissent — the loudest voices getting listened to the most. If Spitzer agreed with those proposing a new diagnosis, which he almost always did, he’d hammer it out instantly on an old typewriter. And there it would be, set in stone.

That’s how practically every disorder you’ve ever heard of or been diagnosed with came to be defined. “Post-traumatic stress disorder,” said Spitzer, “attention-deficit disorder, autism, anorexia nervosa, bulimia, panic disorder…” each with its own checklist of symptoms. Bipolar disorder was another of the newcomers. The previous edition of the DSM had been 134 pages, but when Spitzer’s DSM-III appeared in 1980 it ran to 494 pages.

“Were there any proposals for mental disorders you rejected?” I asked Spitzer. “Yes,” he said, “atypical child syndrome. The problem came when we tried to find out how to characterise it. I said, ‘What are the symptoms?’ The man proposing it replied: ‘That’s hard to say because the children are very atypical’.”

He paused. “And we were going to include masochistic personality disorder.” He meant battered wives who stayed with their husbands. “But there were some violently opposed feminists who thought it was labelling the victim. We changed the name to self-defeating personality disorder and put it into the appendix.”

Spitzer’s DSM was a huge and instant success, selling over a million copies. It was also, as Ronson points out, “a gold rush for drug companies, which suddenly had 83 new disorders they could invent medications for.”

Serious mistakes
The next edition, the DSM-IV, which came out in 1994, was expanded by Spitzer’s successor, psychiatrist Allen Frances, to include 32 additional mental disorders. But in a phone conversation with Ronson, Frances, who is now a professor emeritus at Duke University, expressed concern that he had made some serious mistakes while working on that project:

“Psychiatric diagnoses are getting closer and closer to the boundary of normal,” [Frances] said.

“There’s a societal push for conformity in all ways,” he said. “There’s less tolerance of difference. Maybe for some people having a label confers a sense of hope — previously I was laughed at but now I can talk to fellow sufferers on the internet.”

Part of the problem is the pharmaceutical industry. “It’s very easy to set off a false epidemic in psychiatry,” said Frances. “The drug companies have tremendous influence.”

One condition that Frances considers a mistake is childhood bipolar disorder. “Kids with extreme temper tantrums are being called bipolar,” he said. “Childhood bipolar takes the edge of guilt away from parents that maybe they created an oppositional child.”

You’ll can read Ronson’s article at the New Scientist website. Psychotherapist and journalist Gary Greenberg also wrote a fascinating article on this topic last December in Wired. In that article Frances describes his concern that the new DSM, which is scheduled to be released in 2013, will “take psychiatry off a cliff.”

The fascinating — and troubling — story of how the modern DSM, psychiatry’s diagnostic bible, came into being