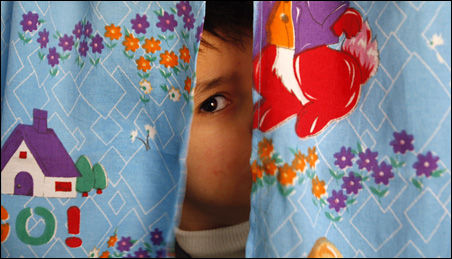 REUTERS/Ali Jarekji
Past research has suggested that 90 percent of autism was linked to genetic factors.

Environmental factors — especially, perhaps, those encountered in the womb — play a larger role in the development of autism than previously believed, according to a study published online Monday in the Archives of General Psychiatry.

The study found that an estimated 58 percent of the risk of developing autism may be attributed to environmental factors and 38 percent to genetics.

This finding represents a major about-face in scientific thinking about autism. Past research has suggested that 90 percent of autism was linked to genetic factors.

The study, led by Dr. Joachim Hallmayer of the Stanford University School of Medicine, included 172 sets of twins, both identical and fraternal (non-identical), where at least one twin had autism — by far the largest twin study conducted on autism. Twin studies are often used to determine the degree to which genetics and/or environmental factors influence a particular disease or medical condition. Identical twins share 100 percent of their genes; fraternal twins share about 50 percent — the same as any two siblings. 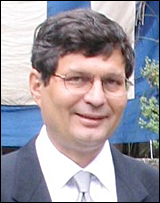 Hallymayer and his colleagues found, as expected, a high shared rate of autism among identical twins: 77 percent among male twins and 50 percent among female twins.

But the researchers also found a surprisingly high rate of shared autism among the fraternal twins: 31 percent for male twins and 36 percent for female twins.

Using mathematical modeling, the researchers then determined percentage estimates for how many of the autism cases could be attributed to genetics (38 percent) and how many to environmental factors (58 percent).

A shared environment
The likelihood that the younger sibling of a child with autism will also have the condition ranges from 3 percent to 14 percent. So, the considerably higher rate among fraternal twins suggests that whatever environmental factors are influencing autism is something that the twins, but not siblings in general, share in common —  something that occurs in the womb, perhaps, or during or immediately after childbirth.

As the authors of this study note, other research has found associations between autism and parental age (the risk is higher among older parents), low birth weight, multiple births, and the pregnant mother’s exposure to certain infections.

Antidepressants linked to autism
Another study, also published Monday in the Archives of General Psychiatry, found a low but increased risk of autism among children born to mothers who took antidepressant drugs known as selective serotonin reuptake inhibitors (SSRIs) in the year before they gave birth. The risk was greatest for women who took the drugs during the first trimester of pregnancy.

Although the study found that women taking these drugs (which include Prozac, Zoloft, Paxil and Celexa) were twice as likely as women not taking the drugs to have a child with autism, the absolute risk was very low — less than 3 percent.

Environmental factors may be more important than genetics in development of autism, study finds