Stanford University’s alumni magazine has a fascinating article in its July/August issue about the infamous 1971 Stanford Prison Experiment, a psychological study of prison life that went horribly wrong.

The study has, of course, been the subject of several books and documentaries. It has also been referred to frequently during the past decade in the wake of disclosures of abuses by U.S. military and intelligence personnel at prisons in Iraq, Afghanistan and Guantanamo Bay. But to mark the study’s 40th anniversary, Stanford alum (and Bloomberg Businessweek deputy editor) Romesh Ratnesar went back to several of the experiment’s key participants and asked them for their recollections of what happened during those six days in the basement of the Stanford psychology building and how it changed their lives. If you’re unfamiliar with the study, this article would be a good place to begin. 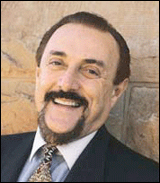 The experiment was led by professor Philip Zimbardo, then in his late 30s. He and his team recruited 24 male students, who were randomly divided into two groups: prisoners and guards. The students were told they would be paid $15 a day and that the experiment would run for two weeks.

It lasted only six days.

As Ratnesar explains, “no one knew what, exactly, they were getting into. Forty years later, the Stanford Prison Experiment remains among the most notable — and notorious — research projects ever carried out at the University. For six days, half the study’s participants endured cruel and dehumanizing abuse at the hands of their peers. At various times, they were taunted, stripped naked, deprived of sleep and forced to use plastic buckets as toilets. Some of them rebelled violently; others became hysterical or withdrew into despair. As the situation descended into chaos, the researchers stood by and watched — until one of their colleagues finally spoke out.”

In addition to Zimbardo, Ratnesar interviewed a graduate student who assisted with the study, two of the student “guards,” one of the “prisoners” (who led a “prison revolt” during the experiment), and the female psychologist who became appalled when she saw what was going on and ultimately persuaded Zimbardo to halt the experiment.

Here’s a reflection about the experiment from the graduate student, Craig Haney, who is now a psychology professor at the University of California at Santa Cruz, an authority on the psychological effects of incarceration, and an advocate for prison reform:

I … realized how quickly we get used to things that are shocking one day and a week later become matter-of-fact. During the study, when we decided to move prisoners to different parts of the prison, we realized that they were going to see where they were and be reminded they’re not in a prison — they’re just in the psych building at Stanford. We didn’t want that to happen.

So we put paper bags over their heads. The first time I saw that, it was shocking. By the next day we’re putting bags on their heads and not thinking about it. That happens all the time in real correctional facilities. You get used to it. I do a lot of work in solitary-confinement units, on the psychological effects of supermax prisons. In places like that, when prisoners undergo the so-called therapy counseling, they are kept in actual cages. I constantly remind myself never to get used to seeing the cages.

And here is Zimbardo’s recollection of the moment he realized the truth of what was happening in the experiment — that it was out of control:

We had arranged for everyone involved — the prisoners, guards and staff — to be interviewed on Friday by other faculty members and graduate students who had not been involved in the study. Christina Maslach, who had just finished her PhD, came down the night before. She’s standing outside the guard quarters and watches the guards line up the prisoners for the 10 o’clock toilet run. The prisoners come out, and the guards put bags over their heads, chain their feet together and make them put their hands on each other’s shoulders, like a chain gang. They’re yelling and cursing at them. Christina starts tearing up. She said, “I can’t look at this.”

I ran after her and we had this argument outside Jordan Hall. She said, “It’s terrible what you’re doing to these boys. How can you see what I saw and not care about the suffering?” But I didn’t see what she saw. And I suddenly began to feel ashamed. This is when I realized I had been transformed by the prison study to become the prison administrator. At that point I said, “You’re right. We’ve got to end the study.”

Maslach was dating Zimbardo at the time, and soon became his wife. Interestingly, it was that relationship, she told Ratnesar, that enabled her to speak out. She said she wasn’t sure that she would have had the courage to confront Zimbardo if they had been only work colleagues.

The experiment generated immediate controversy. Although a 1973 review by the American Psychological Association found that the experiment hadn’t breached existing ethical standards, those standards were later revised to ensure against any similar kinds of behavioral studies.

You can read all the interviews, and see photos of the participants (including some taken during the experiment itself) at Stanford Magazine’s website.