Health activism has taken a truly disturbing trend in recent years. Some activists, furious at scientists whose research findings don’t fit their own beliefs about a particular illness’s causes and cures, have launched campaigns of abuse and even violence against those scientists.

They don’t like the message, so they set out to destroy the messenger.

And, sadly, it’s working. The ugly and relentless nature of these campaigns is causing many good scientists to turn away from doing research on certain diseases and medical conditions. That’s a development with serious consequences, and not just for people with those particular illnesses. Basic research on one disease often leads scientists to a deeper understanding of the biological underpinnings of other illnesses.

On Sunday, Britain’s Observer newspaper reported on how one group of activists — those who believe that scientists are suppressing the real cause of chronic fatigue syndrome — have targeted scientists with a campaign of “intimidation, attacks and death threats.” Writes science editor Robin McKie:

One researcher told the Observer that a woman protester who had turned up at one of his lectures was found to be carrying a knife. Another scientist had to abandon a collaboration with American doctors after being told she risks being shot, while another was punched in the street. All said they had received death threats and vitriolic abuse.

In addition, activists — who attack scientists who suggest the syndrome has any kind of psychological association — have bombarded researchers with freedom of information requests, made rounds of complaints to university ethical committees about scientists’ behaviour, and sent letters falsely alleging that individual scientists are in the pay of drug and insurance companies.

“I published a study which these extremists did not like and was subjected to a staggering volley of horrible abuse,” said Professor Myra McClure, head of infectious diseases at Imperial College London. “One man wrote he was having pleasure imagining he was watching me drown. He sent that every day for months.”

McClure’s “crime”? She published a paper that suggested other research linking the syndrome to the virus XMRV had been mistaken due to laboratory contamination. 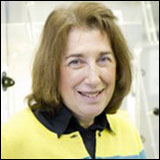 But some activists apparently only want the findings they agree with published.

Another hate campaign was launched earlier this year against the authors of a paper in the Lancet that reported cognitive behavioral therapy could help relieve some of the symptoms associated with chronic fatigue syndrome, reports McKie. For the same reason, Dr. Esther Crawley, a leading British expert on chronic fatigue syndrome and a consultant pediatrician at Bristol University (she was the first person to identify chronic fatigue syndrome in children under the age of 14), has been deluged with hate mail.

“You evil bastards … time is running out for you so you have [sic] better start denouncing your flawed inhumane therapy and pray to God for forgiveness,” reads one of the messages.

Demands for agreement
Ironically, neither Crawley nor any of the other activist-targeted scientists featured in the Observer article believes chronic fatigue syndrome is purely psychological. They told McKie that they agree with the activists that the illness may have a genetic component and that outside triggers — including some kind of virus infection — may also be involved.

But that’s not enough for some activists, who apparently want the scientists to state unequivocally that only organic external factors are behind the illness.

Dr. Simon Wessely, professor of epidemiology and psychiatry at the Institute of Psychiatry at King’s College London and a leading target of chronic fatigue syndrome activitists for his psychiatric approach to the treatment of the illness, told McKie that he now has his mail X-rayed. He’s also set up, at the request of the British police, a system of speed dialing and “panic buttons” that enables him to alert authorities immediately when he needs their help. 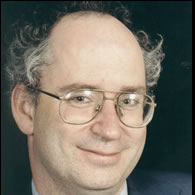 Wessely also gave up his research on chronic fatigue syndrome a decade ago, although he still treats patients.

“I have moved my research interests to studies of Gulf war syndrome and other conditions linked to war zones,” Wessely told McKie. “That has taken me to Iraq and Afghanistan, where quite frankly I feel a lot safer — and I don’t mean that as a joke.”