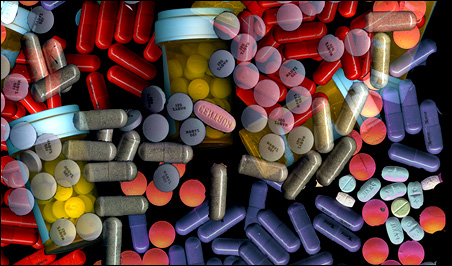 Creative Commons/C.L. Frost
Many of Minnesota’s children receive prescription medications for psychiatric disorders not from psychiatrists, but from their family practice physicians.

In Sunday’s second installment in its excellent “Fragile Minds” series on treatment problems for young people with mental illness, the Star Tribune focused on a troubling trend: Many of Minnesota’s children receive prescription medications for psychiatric disorders not from psychiatrists, but from their family practice physicians.

As Strib reporter Jeremy Olson notes, those family practice physicians often “lack the time and expertise to get those decisions right.”

Even though some primary care doctors admit they are in a poor position to diagnose and treat severe mental disorders, the Minnesota Council of Health Plans has found that they prescribe 80 percent of psychiatric drugs.

It’s a problem born of a national shortage of psychiatrists, and it can lead children to ineffective or harmful treatments. …

Olson illustrates the potential harm that this situation can have on children with a nightmarish story of a Minnesota teenager. Her symptoms appeared to worsen after she was diagnosed as being bipolar by an emergency room physician and later given antipsychotic medications before being assessed by a psychiatrist.

But, as Olson also points out, family practice docs often believe they have no choice but to prescribe the drugs themselves:

“At some point,” he said, “many providers don’t know the direction to go other than to use medications.”

“Psychiatrists said they often untangle the diagnoses and prescriptions issued by primary care doctors,” Olson adds. “Sometimes, they are made in error or haste. Other times, the diagnoses are a ruse to meet insurance criteria and get patients admitted to hospitals.”

The situation will change somewhat this fall. “[I]n an attempt to reduce misdiagnosis and overmedication, [Minnesota] will require primary care doctors to call a psychiatric hot line before prescribing heavy doses of antipsychotics or other drugs to children on state-funded health plans,” writes Olson.

But this new consult service won’t resolve a bigger mental-illness issue that’s been brewing in the state. Writes Olson:

Solutions have been sparse. Doctors at an Allina clinic in Cambridge, Minn., hired a psychologist to help assess and treat young patients, but had to wait 12 years to find one.

Olson’s article is part of the Strib’s premium service, which means it won’t be available to nonsubscribers for a few days. In the meantime, however, you can read the first article in the series from last June, which focuses on the growing concern that too many children are being diagosed and treated for bipolar disorder.