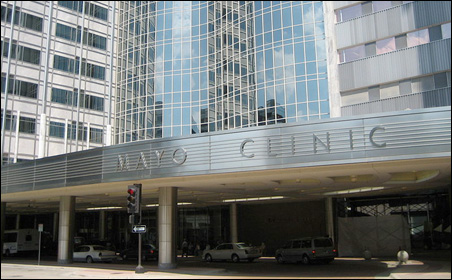 Wikimedia Commons/Nephron
Reporter Gautam Naik: “A decade of cancer research, partly taxpayer-funded, went down the drain when the [Mayo Clinic] concluded that intriguing data about harnessing the immune system to fight cancer had been fabricated.”

Retractions of scientific studies are “surging,” according to an article published Wednesday in the Wall Street Journal.

Here are the startling numbers, as reported by Journal reporter Gautam Naik:

Since 2001, while the number of papers published in research journals has risen 44%, the number retracted has leapt more than 15-fold, data compiled for The Wall Street Journal by Thomason Reuters reveal.

Competitive pressures
Why are retractions on the rise? Some of the increase, reports Naik, may be because journals have become more adept at identifying errors and misconduct, particularly now that they’re armed with new and improved plagiarism-detecting software.

But there’s another, more troubling explanation: competitive pressures on academic researchers. “The stakes are so high,” explained Richard Horton, editor of the highly prestigious medical journal The Lancet. “A single paper in Lancet and you get your chair and you get your money. It’s your passport to success.”

One bad study can also set off a chain reaction of retractions, Naik points out. “Science is based on trust,” he writes, “and most researchers accept findings published in peer-reviewed journals. The studies spur others to embark on related avenues of research, so if one paper is later found to be tainted, an entire edifice of work comes into doubt. Millions of dollars’ worth of private and government funding may go to waste, and in the case of medical science, patients can be put at risk.”

The past decade has seen many such “chain-reaction” retractions, including one that got started here in Minnesota.

“At the Mayo Clinic,” writes Naik, “a decade of cancer research, partly taxpayer-funded, went down the drain when the prestigious Minnesota institution concluded that intriguing data about harnessing the immune system to fight cancer had been fabricated. Seventeen scholarly papers published in new research journals had to be retracted. A researcher, who protests his innocence, was fired.”

“In another major flameout,” he added, “18 research journals have said they are planning to retract a total of 89 published studies by a German anesthesiologist, many concerning a drug used for maintaining blood pressure during surgery.”

Then there was the 2003 paper in The Lancet that compared two popular high-blood-pressure medications and found they worked much better in combination that either alone. “Unfortunately,” writes Naik, “it wasn’t true. Six and a half years later, [the Lancet] retracted the paper, citing ‘serious concerns’ about the findings.”

But the damage had already been done. “Doctors by then had given the drug combination to well over 100,000 patients,” writes Naik. “Instead of protecting them from kidney problems, as the study said the drug combo could do, it left them more vulnerable to potentially life-threatening side effects, later studies showed. Today, ‘tens of thousands’ of patients are still on the dual therapy.”

And who can forget The Lancet’s retraction last year of the infamous decade-old study claiming a link between autism and the measles-mumps-rubella vaccine?

For more info
The Wall Street Journal article is, unfortunately, behind a paywall. But you can read Ben Silverman’s coverage of the topic on the Pharmalot blog. You may also want to start following the Retraction Watch blog, launched recently by Ivan Oransky, the executive editor of Reuters Health.