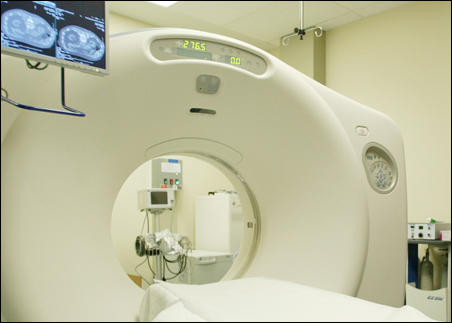 REUTERS
A recent study found that 1,000 low-risk patients who had CT angiography had no fewer heart attacks or deaths over the next 18 months than 1,000 patients who did not undergo the screening.

This week’s Newsweek cover story on how some common medical tests and procedures do more harm than good won’t be generating the same media buzz as last week’s one on Michele Bachmann (yes, the one with the controversial photo).

But this week’s cover story is much more important. In fact, reading it might just save your life.

Newsweek science editor Sharon Begley has done a terrific job explaining how “more health care often means worse health.” As one physician tells her, “There are many areas of medicine where not testing, not imaging, and not treating actually result in better health outcomes.”

But the “less is more” concept of health care is a difficult one for most of us — physicians and health consumers alike — to embrace. Writes Begley:

“That less health care can lead to better health and, conversely, that more health care can harm health, runs counter to most patients’ conviction that screenings and treatments are inherently beneficial. That belief is fueled by the flood of new technologies and drugs that have reached the market in the past two or three decades, promising to prevent disease and extend life. Most of us wouldn’t think twice if our doctor offered a test that has the power to expose a lurking tumor, or a clogged artery, or a heart arrhythmia. Better to know — and get treated — than to take any risks, the reasoning goes.

“In fact, for many otherwise healthy people, tests often lead to more tests, which can lead to interventions based on a possible problem that may have gone away on its own or ultimately proved harmless. Patients can easily be fooled when a screening tests detects, or an intervention treats, an abnormality, and their health improves, says cardiologist Michael Lauer of the National Heart, Lung, and Blood Institute. In fact, says Lauer, that abnormality may not have been the cause of the problem or a threat to future health: ‘All you’ve done is misclassify someone with no disease as having disease.'”

Unnecessary tests and treatments are a main reason the United States spends almost twice as much per person on health care than other developed countries — but with less to show for it in terms of better health or longevity.

“We spend money like a drunken sailor on shore leave,” a cardiologist tells Begley.

Begley offers many examples of how our unquestioning use of medical tests and treatments can cause real harm. Here are a few of them:

“At least five large, randomized controlled studies have analyzed treatments [including such invasive procedures as angioplasty, stenting, and bypass surgery] for stable heart patients who have nothing worse than mild chest pain. … Every study found that the surgical procedures didn’t improve survival rates or quality of life more than noninvasive treatments including drugs (beta blockers, cholesterol-lowering statins, and aspirin), exercise, and a healthy diet.”

“In a recent study, John McEvoy, a heart specialist at Johns Hopkins Medical Institutions, and colleagues found that 1,000 low-risk patients who had CT angiography had no fewer heart attacks or deaths over the next 18 months than 1,000 patients who did not undergo the screening. But they did have more drugs, tests, and invasive procedures such as stenting, all of which carry a risk of side effects, surgical complications, and even death.”

“[C]linical trials have shown that back surgery, including vertebroplasty (putting special cement on a tiny spinal fracture) and spinal fusion, is no more effective at alleviating ordinary pain than plain-old rest and mild exercise. … Last year the American College of Physicians warned that ‘routine imaging [for low back pain] is not associated with clinically meaningful benefits but can lead to harm.’ “

“Arthroscopic knee surgery for osteoarthritis is performed about 650,000 times a year; studies show that it, too, is no more effective than placebo treatment.”

“Although several large studies, including the Occluded Artery Trial in 2006, have shown that inserting a stent to prop open a blocked artery more than 24 hours after a heart attack does not improve survival rates or reduce the risk of another coronary compared with drugs alone, the practice continues at a rate of 100,000 such procedures a year.”

Then there is the problem of “mission creep,” the idea that if a treatment works in people with a severe form of a disease, it will also work in others with milder forms of that disease.

“But that is not necessarily so,” writes Begley. “Antidepressants, for instance, have been shown in randomized trials to help with severe depression but not with moderate or mild depression, yet are widely prescribed for those conditions. Drugs called proton pump inhibitors (PPIs) are effective against gastric reflux and rare esophageal diseases as well as some ulcers, but at least half, and possible 70 percent, of the 113 million U.S. prescriptions for PPIs each year are for conditions they don’t help, such as run-of-the-mill stomachaches. PPIs can cause bone fractures, severe and hear-to-treat bacterial infections, and pneumonia. Millions of people are being put at risk unnecessarily, which is one reason treating adverse drug reactions costs the U.S. $200 billion a year.”

“We’re killing more people than we’re saving with these procedures,” one expert tells Begley. “It’s as simple as that.”

You can read Begley’s article in full on the Newsweek/Daily Beast website.