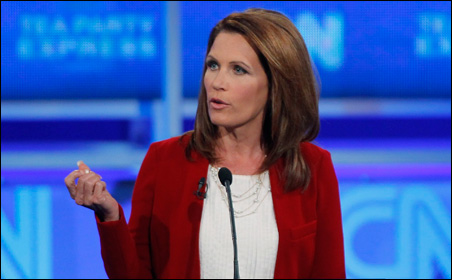 Talk about throwing down the gauntlet.

University of Minnesota bioethics professor Dr. Steven Miles announced on Facebook Wednesday morning that he was offering $1,000 for “the name and medical records release of the person who Michele Bachmann says became mentally retarded as a consequence of the HPV [human papillomavirus]” vaccine. 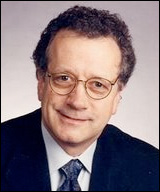 Neither man believes he’s going to have to pay out any money. But they’re hoping their offers will catch the public’s attention and counter the fearmongering that’s now swirling around the issue of the HPV vaccine — and, indeed, all childhood vaccines.

The HPV firestorm began when Bachmann took Texas Gov. Rick Perry to task during the last two Republican presidential debates for an executive order he issued in 2007 that mandated that all sixth-grade girls in his state receive the HPV vaccine. (The Texas state legislature later overturned the order.)

But then, on Monday, after the second debate, Bachmann went beyond criticizing the mandatory aspect of Perry’s order. She suggested that the vaccine itself could cause mental retardation.

“There’s a woman who came up crying to me tonight after the debate. She said her daughter was given that vaccine,” Bachmann told Fox News. “She told me her daughter suffered mental retardation as a result of that vaccine. There are very dangerous consequences.” Bachmann then repeated the story on NBC’s “Today” show the following morning.

Miles was furious. He knew that once an anecdote like that gets into the public record, there is no way to erase it.

And this one deserved to be erased, for there is no good evidence that the HPV vaccine causes serious health problems, and especially not mental retardation, a neurological condition that’s almost always present from birth.

“Whenever someone googles HPV vaccine, the reckless link with mental retardation will occur,” Miles wrote in an e-mail statement to MinnPost. “This has happened before with the abortion-causes-breast-cancer canard and the measles-vaccine-causes-autism sham. A strong counterblow is better than the passive be-quiet-and-this-will-blow-over strategy.”

“The [HPV] anecdote is now important,” he added. “If false, it should be refuted. If true, it should be properly vetted as an adverse event. Ms. Bachmann has a civic duty to help us identify this mother.” 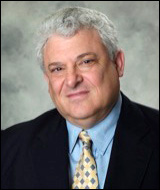 Caplan, in a commentary he posted Tuesday on the MSNBC website, said all he wants to do is “rescue the HPV vaccine from harm at the hands of politicians willing to hurt girls to gain political advantage. … The vaccines are exceedingly safe, studies show. There have been very few reports of serious problems from them, none proven. It is simply a lie to say they can cause retardation.”

That’s also what Dr. Marion Burton, president of the American Academy of Pediatrics said in a statement Tuesday:

“The American Academy of Pediatrics would like to correct false statements made in the Republican presidential campaign that HPV vaccine is dangerous and can cause mental retardation. There is absolutely no scientific validity to this statement. Since the vaccine has been introduced, more than 35 million doses have been administered, and it has an excellent safety record.

“The American Academy of Pediatrics, the Centers for Disease Control and Prevention, and the American Academy of Family Physicians all recommend that girls receive HPV vaccine around age 11 or 12. That’s because this is the age at which the vaccine produces the best immune response in the body, and because it’s important to protect girls well before the onset of sexual activity. In the U.S., about 6 million people, including teens, become infected with HPV each year, and 4,000 women die from cervical cancer. This is a life-saving vaccine that can protect girls from cervical cancer.”

By Tuesday afternoon, Bachmann seemed to be trying to pull back from her earlier comments — at least about the vaccine and mental retardation. When asked by Sean Hannity on his radio show if the HPV vaccine was associated with mental retardation, she answered, “I have no idea. … I’m not a doctor, I’m not a scientist, I’m not a physician. All I was doing is reporting what this woman told me last night at the debate.”

For more on Miles’ views on the ethical issues surrounding the HPV vaccine, see my interview with him from last Friday. Also, the Pharmalot blog has a good story on the headache Bachmann’s comments are causing for Merck, the pharmaceutical company that makes Gardasil, the leading HPV vaccine. (Merck’s often questionable marketing actions in regard to Gardasil have hindered more than helped public-health officials make the argument for HPV vaccination.)