Next time you blush with embarrassment, don’t feel, well, embarrassed.

Being embarrassed is actually a good thing. When we express embarrassment, we’re perceived by others as being more generous and trustworthy, according to a study published earlier this week in the Journal of Personality and Social Psychology.

Furthermore, this perception tends to be correct. The study also found that individuals who are easily embarrassed are more generous and trustworthy.

They may even make more faithful mates.

“Expressing embarrassment in social situations is one way that we can signal to others that we can be relied upon,” said Robb Willer, a coauthor of the study and an assistant professor of psychology and sociology at the University of California, Berkeley, in a phone interview Thursday. 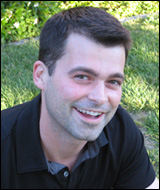 “While it may feel uncomfortable — and extreme levels can certainly be problematic — expressions of embarrassment are part of the social fabric,” he added. “They help people get information on one another’s character and reliability.”

Why embarrassment?
The fact that humans even become embarrassed is, of course, interesting to social scientists. Theories abound. One hypothesis — the one Willer and his colleagues tested and found strong support for in their study — is that embarrassment signals a person’s “prosociality.”

“Embarrassment is one tool that people use to figure out who the cooperative others are in society — who can be trusted and who can be relied on,” explained Willer.

This hypothesis fits in neatly, he added, with the ideas of evolutionary biologists, who see embarrassment as helping us choose whom to develop long-term bonds with — bonds that will, of course, help to preserve our genes and, thus, the species.

Recognizable gestures
The gestures associated with embarrassment are distinct and easily (if unconsciously) recognized by others: a downward gaze to one side, touching or partial covering of the face, and a smile or nervous laugh.

These gestures differ from those of shame, which include a straight-downward head movement (as in “hanging one’s head in shame”).

Such gestures are extremely difficult to fake, Willer said. Doing so takes special training — and some strong acting abilities.

Five experiments
For their study, Willer and his colleagues conducted five experiments with different groups of people. In one study, 57 Berkeley undergraduates were videotaped as they recounted personally embarrassing experiences from their past — moments, perhaps when they tripped or passed gas in public. The tapes were coded to indicate the level of embarrassment exhibited by the individuals as they told their stories.

The students then filled out a questionnaire and participated in a game to measure their level of altruism. The individuals who had exhibited the greater levels of embarrassment turned out to be the most generous. Interestingly, those students also expressed more support for monogamy on the questionnaire.

“The relationship was actually quite strong,” said Willer.

In another experiment, participants watched a specially trained actor as he responded with either embarrassment or pride to being told he had received a perfect score on a test. When the participants later played a game with that actor, they were more likely to trust him if he had exhibited embarrassment rather than pride over the score.

A third experiment showed people photos of individuals with embarrassed, prideful or neutral facial expressions. When asked to rate the individuals in the photos for certain personality traits, participants tended to say the “embarrassed” faces were more “trustworthy,” “morally upright” and “likely to follow the rules and norms of society” — in other words, more pro-social.

This finding is particularly interesting because it indicates that we don’t need to know the context of a person’s embarrassment to have positive feelings about him or her. Indeed, Willer’s experiments also revealed that even when we don’t like a person who shows embarrassment, we still tend to rank him or her highly on trustworthiness.

All cultures?
“Our findings were consistent throughout all the studies,” said Willer. Not only did the experiments show that people infer certain character traits from expressions of embarrassment, they also showed that those inferences are remarkably accurate.

But does this finding hold true across all cultures? Or is embarrassment a social cue only in Western cultures? That’s the next question that needs to be investigated, said Willer. “We want to look at it cross-culturally, perhaps in China, and see if we find the same results there, or, if not, why not,” he said.