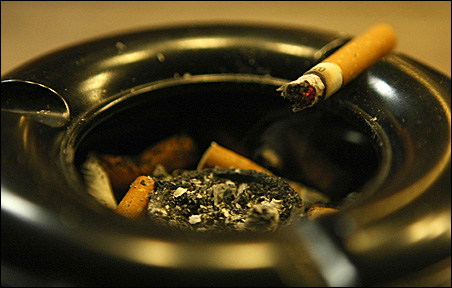 The Obama administration launched its Million Hearts Initiative Tuesday. Its aim is to prevent 1 million heart attacks and strokes over the next five years.

Specifically, the program will be working toward getting significantly more Americans to control their blood pressure and cholesterol levels and to take aspirin if they are at risk of heart disease. On the lifestyle front, the program will be encouraging more people to stop smoking and to make more healthful food choices, with an emphasis on eliminating trans fats and added salt from processed foods.

Another common and fatal heart condition in the news Tuesday was congestive heart failure. It doesn’t receive as much publicity as its cardiovascular cousins, heart attack and stroke, but it’s equally deadly.

This latest news about heart failure is rather, well, heartening. A study conducted in Finland has found a strong association between four lifestyle habits and a significant reduction — about 70 percent for men and 81 percent for women — in heart failure risk.

What it is
First, some background: Heart failure (once called dropsy) affects an estimated 5.7 million Americans, according to the National Heart, Lung, and Blood Institute. It occurs when the heart doesn’t pump enough blood to the body. Symptoms include shortness of breath, fatigue, and swelling in the feet, legs, abdomen and elsewhere.

The leading causes of heart failure are coronary heart disease, high blood pressure and diabetes. Risk factors include smoking and obesity. There is no cure, although treatments can help people live longer. Heart failure can develop at any age, but becomes more common as we grow older. It’s the leading cause of hospitalizations in the United States among people aged 65 and older. Some 300,000 Americans die each year from heart failure.

What the study found
For the new study, researchers followed 18,346 men and 19,729 women in Finland for about 14 years. The participants were aged 25 to 74 years old, and none had heart failure at the start of the study. By the end of the study, 638 men and 445 women had developed the condition.

After adjusting for various heart-failure risk factors, such as high blood pressure and diabetes, the study found that four lifestyle factors were associated with a lower risk of heart failure:

Interestingly, this particular study found no association between eating multiple weekly helpings of fruit and a lower risk of heart failure.

A cumulative effect
As I’ve already noted, the people in the study who had all four of these healthy lifestyle habits lowered their risk for heart failure by 70 percent (men) and 81 percent (women). That compares with a lower risk of 32 percent in men and 47 percent in women when only one of the behaviors was followed.

“Although each of these four modifiable lifestyle factors has been shown to be independently associated with the risk of heart failure in various studies, the general public does not have enough awareness of these associations, and the prevalence of unhealthy lifestyle continues to be high,” the study’s authors wrote.

“Therefore, in order to reduce the incidence of heart failure, more efforts should be put into promoting health lifestyle and their associated health benefits,” they concluded.

Easier said than done, of course.

Some caveats
The study has its limitations. It was an observational study, which means it can show only an association between lifestyle factors and heart failure risk, not a cause and effect. Furthermore, data about the participants’ lifestyle choices came from questionnaires, and such self-reports are unreliable.

Still, the findings are supported by many, many other studies.

The current study was published in Circulation: Heart Failure, a journal published by the American Heart Association.

Four lifestyle factors that may keep your heart from prematurely failing