For decades, millions of women were instructed to take hormone therapy (usually estrogen plus progestin) after menopause, primarily to protect them from heart disease.

The reasoning behind that recommendation? After women passed through menopause, their risk of heart disease accelerated and became equal to that of men.

Obviously, said the promoters of hormone therapy, this postmenopausal jump in the incidence of heart disease is tied to women’s falling estrogen levels — even though there was no direct evidence of this.

Then, in 2002, came the disconcerting news from the Women’s Health Initiative study that taking postmenopausal hormones actually increased women’s risk of heart disease, including blood clots, heart attacks and stroke. Subsequent studies have confirmed that finding (and added other risks, like that of breast cancer and dementia).

And now, as reported Tuesday in BMJ (formerly known as the British Medical Journal), researchers have found that the half-century-old paradigm about menopause increasing the risk of heart disease is, well, not true.

For the new study, led by Dhanajay Vaidya, an assistant professor of medicine at Johns Hopkins University School of Medicine in Baltimore, Md., researchers analyzed long-term data collected on American, English and Welsh men and women born at three different periods between 1916 and 1945. 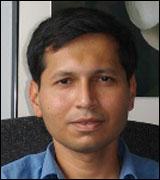 They found no sudden increase in the death rates of women as each of the three groups passed through the menopausal transition years. Instead, they found that the number of women who died from heart disease increased at a steady pace of about 8 percent per year.

In other words, aging, not menopause (or dropping estrogen levels), increases a woman’s risk of dying from heart disease — probably because “the cells of the heart and arteries are aging like every other tissue in the body,” Vaidya said in a statement released with the study.

“Efforts to improve cardiac health in women should focus on lifetime risk rather than risk only after menopause,” he and his colleagues wrote in the study’s conclusion.

Should be looking at men, not women
These findings also suggest that the medical community should have been focusing on men, not women to explain gender disparities in heart disease.

The data revealed that men are at an accelerated risk of dying from heart disease until the age of 45, when the rate slows to about 5 percent, similar to that of postmenopausal women.

“Instead of looking at menopause, what we should be looking at is what is happening biologically to men over time,” Vaidya said.

And, I might add, we should finally stop medicalizing menopause.

Menopause does not cause heart disease, study finds