Earlier this week at the Science-Based Medicine blog, Dr. Harriet Hall revisited the phenomenon of menstrual synchrony — the long-held idea that when women live together (for example, in homes, dorms or prisons) their menstrual cycles tend to synchronize.

Sorry, girls. Hall has found that despite all the anecdotal stories on this topic, there’s just no good evidence to show that, as she puts it, “women who live together flow together.”

Menstrual synchrony was first described in a 1971 article in the prestigious journal Nature by a Wellesley College undergraduate, Martha McClintock. She’s now a professor of psychology at the University of Chicago and founder of that university’s Institute for Mind and Biology. 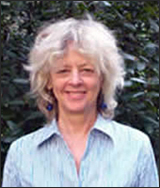 Other researchers questioned McClintock’s math and methodology in that study, but the idea of menstrual synchrony held, particularly after McClintock published another Nature paper in 1998 in which she proposed that the synchrony might be explained by human pheromones, secreted body chemicals that unconsciously influence the physiology or behavior of others.

Hall, a retired family physician and former Air Force flight surgeon, says she was always skeptical of the concept of menstrual synchrony:

After perusing everything she could find on the topic in PubMed and elsewhere, Hall says she remains “confused and amused.”

Suffice it to say that about half the published papers support the synchronization hypothesis and half don’t; and the half that do have been harshly criticized for their poor design and poor statistical analyses. So we haven’t reached a consensus, but it’s looking more likely that synchronization is a myth. …

It was originally thought that other primates and other mammals demonstrated menstrual synchrony due to pheromones, but recent studies have shown that it doesn’t occur in chimpanzees, hamsters, mandrills, or golden tamarins.

Harder to get a man?
The lack of good evidence for menstrual synchrony “hasn’t stopped people from speculating about why it occurs or about why it doesn’t,” notes Hall. “The evolutionary reasoners have chimed in with just-so stories both about why it would and wouldn’t offer a survival benefit. For instance, if everyone ovulated at the same time, it would be harder for a woman to get a man. Or being banished to the menstrual hut at the same time would allow women to bond and collaborate on social enterprises.”

Hall concludes by asking, “Even if the phenomenon [of menstrual synchrony] occurs, and even if human pheromones cause it, so what? It’s a matter of curiosity, not of clinical importance. When there is a reason to manipulate ovulation or menstrual timing, pharmaceutical hormones work very well. The paucity of evidence for human pheromones suggests that if they do exist, their effects must be too small in magnitude to be very important.”

I’m not sure I agree with her there. I don’t think we can always predict where research into biological phenomena — even a seemingly “so what?” one — will take us in terms of increasing our knowledge of how the human body works.

First, though, the phenomenon needs to be proved to exist.

You can read Hall’s article here.