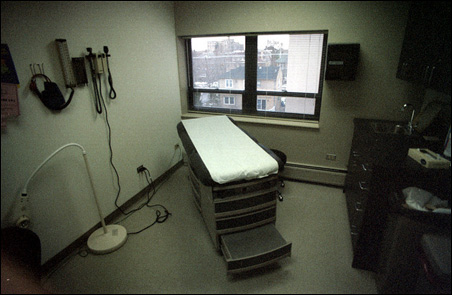 CC/Flickr/Thomas Anderson
Why do physicians feel they need to provide their patients with too much care?

A startling high number — 43 percent — of primary-care physicians in the United States believe that much of the health care received by Americans is unnecessary, reports a survey published Monday in the Archives of Internal Medicine.

Many of the physicians in the survey pointed to other health-care professionals as the ones responsible for the unnecessary care. But 28 percent acknowledged that they were personally ordering more tests and referring more patients to specialists than they would “ideally like to be.”

Why do physicians feel they need to provide their patients with too much care? The ones in the survey cited three main reasons:

Financial incentives, too
The physicians also admitted that financial incentives were behind some of the unnecessary medical care — although not in their own practices. Only 3 percent of the survey’s respondents said that financial considerations affected their personal practice decisions, but 39 percent said they believed that other primary-care physicians would order fewer diagnostic tests if those tests did not generate extra income.

The primary-care docs were even more cynical about specialists. Some 62 percent of the survey’s respondents said medical specialists would use fewer tests on their patients if the financial incentives for doing so were eliminated.

The physicians also said that many patients — 1 in 10 on a typical day — don’t need to be seen by them in their medical office or clinic. Those patients’ health concerns could be handled in another way, such as by telephone or e-mail, or by a nurse, the doctors said.

Open to change
In overwhelming numbers (95 percent), the survey’s respondents said they believed that primary-care physicians vary in the testing and treatment choices they make for similar patients. Most of the respondents (76 percent) also indicated that they were interested in learning how their practice decisions compare with others in their field.

The researchers who conducted the survey took that as a hopeful sign.

“Primary care physicians believe that many patients receive too much care,” the researchers wrote in their survey’s conclusion. “They recognize that practice patterns vary across communities and most would like to know where they stand in comparison with their peers. Taken together, we believe our findings suggest that physicians are open to practicing more conservatively.”

The survey, which had a remarkable response rate of 70 percent, was conducted over a six-month period in 2009 by researchers at the Veterans Affairs Medical Center in White River Junction, Vt. It involved 627 randomly selected internists and family medicine physicians. The respondents were mostly male (72 percent) and had a median of 24 years in practice. Funding for the survey came from government grants.