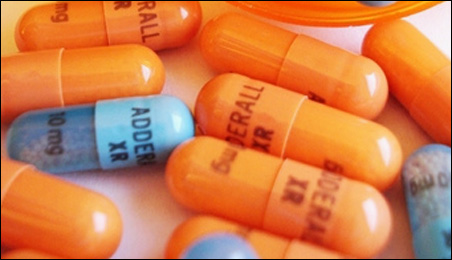 Flickr/CC/Hipsxxhearts
The rise in the diagnosis of ADHD the stunning amount of amphetamines being prescribed deserves a reasoned and rational public discussion.

Earlier this month, California pediatrician and family therapist Dr. Lawrence Diller, best known, perhaps, for his 1998 book “Running on Ritalin,” wrote an op-ed for The Huffington Post on the troubling increase in the diagnosis of attention deficit hyperactivity disorder (ADHD) among U.S. children.

The Centers for Disease Control and Prevention had just reported that the percentage of children between the ages of five and 17 who had ever been diagnosed with ADHD rose from 7 percent to 9 percent between 1998 and 2009.

“I have watched the 20-year growth of this condition with curiosity and some consternation,” Diller wrote. “I have also been involved in what has been colloquially called ‘The Ritalin Wars’ — an often polemical debate conducted in the media as to whether the widespread use of prescription stimulant drugs (essentially amphetamines) is good or bad for the children of this country.”

Almost all that legal use is for the treatment of ADHD in children and adults.

Both statistics — the rise in the diagnosis of ADHD in children and the stunning amount of amphetamines being prescribed to those children — deserves a reasoned and rational public discussion, one based on facts rather than emotion.

But, like so many other issues in medicine these days, the Ritalin Wars — or, as Diller prefers to call them, the “Adderall Wars,” for these days Adderall is much more likely to be prescribed to children than Ritalin — seems to have divided people into two angry and irreconcilable camps: those who criticize and those who defend Adderall’s use in children.

Diller finds himself in the middle of this contentious and often vitriolic debate, and, thus, assailed by both sides. He believes ADHD — extreme impulsivity, distractability and hyperactivity — exists in children, and that drugs like Adderall and Ritalin not only help those kids, but do so in a way that is quicker and less costly than effective non-drug interventions, such as behavioral therapies and special education. He therefore prescribes amphetamines to some of his young patients.

At the same time, Diller believes these drugs are overprescribed. Too often, he says, doctors give drugs to children with mild ADHD symptoms who may have been pushed by “economic, educational and social factors … over the line from simple liveliness to problematic over activity.”

“The Adderall Wars make it difficult for parents to get an even-handed view of ADHD and medication treatment,” he adds. “It’s Adderall, either as brain poison [or as] the essential treatment for ADHD, as insulin is for diabetes. Both positions, in my opinion, are gross distortions of fact.”

But many people, apparently, don’t want to hear this more nuanced and balanced view of the issue. Diller’s second op-ed is basically a response to all the angry responses he received after he published his first essay.

Most took him to task for his willingness to treat any child with amphetamines:

The critics of Adderall basically say, “It’s not our children that are sick, it’s the (fill in the blank) of society.” The list is very long: sugar, addictives, toxins, allergens, TV, video games, permissiveness, competition, materialism, doctors, drug companies, teachers, parental anxiety. ADHD and its treatment become a tabular rasa for those unhappy with our culture to promote their particular chosen evil as the cause for this multi-faceted condition.

Diller also received angry criticism from parents who defended their decision to have their children treated with Adderall. He’s sympathetic with their position, but also suggests that they are being hypersensitive to the issue.

Some of their defensiveness is understandable in light of the majority opinion’s overwhelming hostility. If I were a parent treating my child with Adderall I think I would just keep quiet in light of the general public’s overt animus. But the defenders of ADHD/Adderall criticize me just for raising questions. It’s as if asking questions is tantamount to challenging whether ADHD exists at all.

All of us, says Diller, should be asking many more questions about our society’s current trends regarding ADHD diagnosis and treatment. But the tone of the discussion needs to be ratcheted down:

Every society and culture has its strengths and weaknesses. It’s a fact that we are unique in our high use of legal stimulant drugs. While the French may use far less stimulants, they use far more sedatives (especially with their elderly). …. Adderall, as a treatment for ADHD, is virtually absent in most third world countries. However, there’s a much higher prevalence and acceptance of corporal punishment.

My particular theory on why we are the U.S. of Adderall leans towards our worry about our children making it in an economically shrinking materialist meritocracy — but I may just be projecting. However, I think restrained, sensitive discussion about the ADHD/Adderall epidemic is important and should continue. How else will we come together to make some sense of this phenomenon and if necessary change the way we address our children’s needs? Perhaps the vehemence and vitriol of the Adderall Wars are but a reflection of a broader loss of comity and civility in today’s public discourse. Yet for the moment, Adderall Wars continue. But for the sake of our children, why can’t we all just get along?