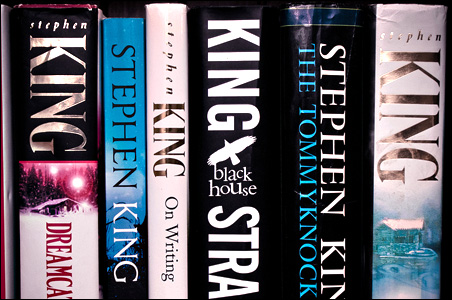 CC/Phozographer/Flickr
A new study links reading of violent fiction to subsequent aggressive behavior — behavior, in fact, that is specific to the type of aggression found in the story.

Violent video games have been controversially linked to aggressive behavior.

Now along comes a study from a team of Brigham Young University researchers that links the reading of violent fiction to subsequent aggressive behavior — behavior, in fact, that is specific to the type of aggression found in the story.

Here’s Miller-McCune reporter Tom Jacobs’ description of the two-experiment study, which was published last week in the British Journal of Social Psychology:

In the first [experiment], 67 university students read a short story about a disagreement between a college freshman and her roommate. Half read a version in which the confrontation concludes with “a physical fight involving slapping, scratching, pushing and throwing objects.” The others read an alternate ending, in which the aggrieved freshman “secretly records the roommate breaking some dorm rules and threatens to post the video on YouTube.” [This ending describes an act of “relational aggression,” according to the study’s authors.]

While reading the story on a computer screen, participants were interrupted by their “partner” (actually a computer program), who emailed them messages reading “Can u hurry up?” and “You’re wasting my time!” After finishing the 1,200-word tale, they played a computer game with this annoying opponent, sounding a loud buzzer to indicate they had won a round.

A second experiment, which gave participants a chance to shun their annoying “partner” (a type of relational aggression), found that such aggression increased after reading the story with the alternative (relationally aggressive) ending.

As Jacobs notes, these findings do “not show that reading a fictional account of an aggressive action increases belligerent behavior, but it suggests exposure to such literature has a psychological impact on readers, affecting the way they respond to provocation.”

On the other hand …
Meanwhile, researchers from the University at Buffalo recently reported in the journal Psychological Science that reading fiction makes us more blissfully calm.

That is, if we’re reading the Harry Potter or Twilight series.

Here’s an account of the study from Alison Flood, a reporter for the British newspaper The Guardian:

Researchers … gave 140 undergraduates passages from either [Stephenie] Meyer’s “Twilight” or JK Rowling’s “Harry Potter and the Philosopher’s Stone” to read, with the vampire group delving into an extract in which Edward Cullen tells his teenage love interest Bella what it is like to be a vampire, and the wizardly readers getting a section in which Harry and his cohorts are “sorted” into Hogwarts houses.

The candidates then went through a series of tests, in which they categorized “me” words (myself, mine) and “wizard” words (wand, broomstick, spells, potions) by pressing one key when they appear on the screen, and “not me” words (they, theirs) and “vampire” words (blood, undead, fangs, bitten) by pressing another key, with the test then reversed. The study’s authors, Dr. Shira Gabriel and Ariana Young, expected them to respond more quickly to the “me” words when they were linked to the book they had just read.

Gabriel and Young then applied what they dubbed the Twilight/Harry Potter Narrative Collective Assimilation Scale [!!!], which saw the students asked questions designed to measure their identification with the worlds they had been reading about — including “How long could you go without sleep?,” “How sharp are your teeth?” and “Do you think, if you tried really hard, you might be able to make an object move just using the power of your mind?” Their moods, life satisfaction, and absorption into the stories were then measured.

“The current research suggests that books give readers more than an opportunity to tune out and submerge themselves in fantasy worlds. Books provide the opportunity for social connection and the blissful calm that comes from becoming a part of something larger than oneself for a precious, fleeting moment,” the study’s authors concluded.

They’re now trying to replicate the findings with younger readers — but using Jedis versus wizards.