On Wednesday, at 11:08 p.m., after a last-minute unsuccessful appeal to the U.S. Supreme Court, 42-year-old Troy Davis was executed in Georgia for shooting and murdering an off-duty Savannah police officer, Mark Allen MacPhail, in 1991.

The case against Davis was based on eyewitness testimony, a form of evidence that scientists have regarded for at least three decades as being highly unreliable. 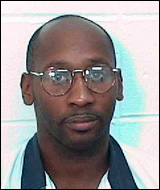 In fact, according to the Innocence Project, “eyewitness misidentification is the single greatest cause of wrongful convictions nationwide, playing a role in more than 75% of convictions overturned through DNA testing.”

And in a third of those cases, more than one eyewitness identified the wrong suspect.

In Davis’ case, nine eyewitnesses identified him as the man who pulled the trigger and killed Officer MacPhail. Seven of those witnesses later recanted or changed their original testimony.

On Thursday, I spoke about eyewitness testimony with Chad Marsolek, a professor of psychology at the University of Minnesota. Marsolek studies various aspects of human memory, including false memories. Here is an edited version of that conversation.

MinnPost: What do we know, scientifically, about eyewitness testimony?

Chad Marsolek:  This is one of the things that’s very unfortunate, given the way our legal system works. But it’s very well established that eyewitness memories are very susceptible to errors. There is a lot of science on this. A lot of experiments have been done in cognitive psychology to demonstrate this.

MP:  Is this something we’ve known about for a while?

CM: Yes. The best work started in the late ’70s. One researcher at the University of Washington, Elizabeth Loftus, has been prominent in establishing this research and then trying to get the legal community to understand and appreciate the problem more. But, of course, we all have these strong biases to believe in the accuracy of our memories, especially when we feel very confident in them. The insidious thing here is that we can feel very confident in a memory, but yet be objectively inaccurate in it. That happens in what we call flashbulb memories. 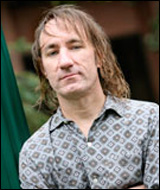 MP: Can you explain what those are?

CM:  A flashbulb memory is when you have a memory for an experience in your life that is usually either of national importance or very emotion provoking. The typical example today is where were you, who were you with, what were you doing when you heard about the news about the terrorist attacks on 9/11. Most people feel like they have a very vivid memory for that experience — as if a [camera] flashbulb went off at that moment. … The problem is that although people have high confidence in their memories for these experiences, research has indicated that that high confidence is not coupled with higher-than-normal accuracy for the actual event. …

MP: When you’re witnessing a crime, it would seem like other things would interfere with the formation of a memory, like fear.

CM: Yes. A classic example is something called the weapon focus effect. Say it’s an assault or mugging situation. The victim will very frequently focus attention on the weapon, especially if it’s a gun pointed at you. It’s natural to do that. You really want to see where that thing is aiming and how much danger you’re in and all that. The problem is, if all your attention is drawn to the weapon, you might have pretty good memory for what the weapon looks like, but at the cost of having any good memory for the face or how to recognize the assailant.

MP: If you’re presented after the fact with additional information — like a photo of a suspect — that would also affect your memory, correct?

CM:  Yes. That’s the misinformation effect. Loftus and others have done classic experiments on this. Subjects in the experiment will view a slide show, or maybe a movie, of a car accident. In the movie, you can see that there was a stop sign at a critical intersection. That’s going to be the detail that’s really important. But it’s a long scene, a long slide show, so nothing draws your attention to the stop sign. But it’s there. You can see it.

You can be misinformed about the information in such a way that it hurts your memory of the real event.

MP: So we are overconfident about our memories.

CM: Yes. All of us — including myself as a memory researcher — have much higher confidence in our memories than they deserve, than the accuracy of our memories would predict.

MP:  What do you think of criminal convictions based on eyewitness testimony?

CM: I think it’s weak evidence at best. Psychologists have been demonstrating with the kinds of experiments I’ve been talking about that it’s very easy to unintentionally cause memories for original events — eyewitness kinds of situations — to get poorer and poorer.

When you think about the Loftus experiment with the stop sign and the yield sign, the same kind of thing could certainly be happening even when you simply think back on, or replay in your head, what the original event was. Every time we rehearse or retrieve a memory for an event, we no doubt are accidentally — and unintentionally — changing it to some extent. Because unless you are capable of completely remembering every detail accurately when you’re remembering it — which can never happen, because our memories are nothing like tape recorders — than any detail that you fill in that wasn’t actually there before and any detail that you fail to remember that actually was there before, all those kinds of things can be stamped into a new memory for the event. It’s really a memory of a memory retrieval, and that new memory can unintentionally impair your memory for the original event.

CM: We can’t just simply tape record and store in our brains with full accuracy something that we experience. Memory works very differently. We have what we like to call superimposed memories, or you can think of it as overlapping [memories]. Every memory for some event that you’ve experienced is, to some extent, overlapping with some other event that you’ve experienced, such that every new memory you put into the system has sometimes beneficial effects, but often detrimental effects, on other memories that are already there. You can’t store a new memory without affecting the old ones in some way.

MP: It sounds like we can’t really trust anything we remember from the past.

CM: That’s why we need other kinds of evidence. The most solid [criminal] cases are cases where it’s more than just eyewitness testimony. You need physical evidence, too. Or you should.

MP: What is it going to take for the public to understand just how unreliable eyewitness testimony is?

CM:  Better science education. I think science education in this country is really very poor. It’s especially hard in my field because whether we’re thinking scientifically or not, we all have some ideas of how our memories work. This is where that misplaced confidence comes in. We think we know how we think and how we store and retrieve our memories. …With better science education we could do a better job of getting these findings across and making people realize that they can’t necessarily trust their own inner impressions or memories.