Taking vitamin and mineral supplements is associated with an increased risk of death in older women, a new study by researchers at the University of Minnesota has found.

The study findings, which were published Monday in the Archives of Internal Medicine, add to the growing body of research that suggests the routine use of dietary supplements may be harmful rather than beneficial to our health.

Yet, despite such findings, Americans are taking dietary supplements in ever-increasing amounts. One-half of all adults in the United States take some kind of vitamin or mineral supplement. In 2010, annual U.S. sales of these products reached more than $28 billion.

Supplements do help a small minority of individuals with a specific deficiency condition (anemia, for example), but most people who take them are well nourished. Individuals turn to supplements primarily because they hope the extra nutrients will prevent chronic health conditions or somehow make them feel better.

“In some cases, they are medically prescribed, and there are good reasons for taking them,” said Lisa Harnack, one of the study’s co-authors and a professor of epidemiology and community health at the University of Minnesota’s School of Public Health, in a phone interview Tuesday. “But your average healthy person may not need to be taking a dietary supplement.” 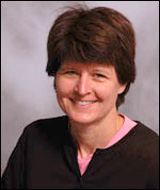 “We found, that for older women, it looks like there’s not much benefit from taking most dietary supplements — and for some women, there is potential for harm,” she added.

The study’s details
For their study, Harnack and her colleagues used data collected from 39,772 women participating in the U of M’s long-running Iowa Women’s Health Study. The women, whose average age was about 62 at the start of the study in 1986, were asked about their use of dietary supplements three times: at the study’s onset and again in 1997 and 2004.

When the study started, 62.7 percent of the women reported using at least one supplement daily. By 2004, that number had increased to 85.1 percent.

The study found, however, that taking supplements did not reduce the women’s total death rate. In fact, those women who supplemented their diets with multivitamins, vitamin B6, folic acid, magnesium, zinc, copper and iron died at higher rates during the study’s 19 years than those women who didn’t take supplements.

The absolute increases in risk ranged from 2.4 percent for multivitamins to 18 percent for copper.

Only calcium supplements were associated with a lower absolute risk (3.8 percent).

The authors are questioning that calcium finding, however.

“We are skeptical about this finding because clinical trials have been done and not shown benefit,” said study co-author David Jacobs, an epidemiologist and professor of public health at the U of M, in an e-mail exchange with MinnPost. 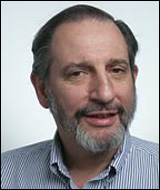 Indeed, as a commentary that accompanies the U of M study points out, a recent meta-analysis of randomized controls trials found that calcium supplements are associated with an increased risk of heart attacks. Other research has found an association between high calcium intake and an increased risk of prostate cancer.

(The commentary incorrectly states that the U of M study found that vitamin D was associated with a lower risk of death. The study found no such effect, according to Jacobs and Harnack.)

Caveats
The current study is an observational one, which means it can’t prove a direct cause-and-effect relationship between dietary supplements and increased risk of death. It can only show an association between the two.

Although the researchers adjusted the data for a variety of confounding factors, such as age, diet, physical activity, and diagnosed diseases (like high blood pressure and diabetes), something not yet identified may explain the study’s findings.

Some of the women in the study, for example, may have begun taking the supplements because they weren’t feeling well — perhaps because they had a yet undiagnosed disease. “We can’t know that from this data,” said Harnack. 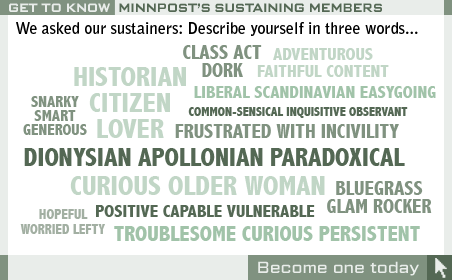 So what should consumers do?

“Supplements should be taken for an indicated medical issue for which they are known to be a solution, most likely with consultation with a physician,” said Jacobs. “Our observational findings do not suggest benefit for most supplements in terms of longevity of older women. Nevertheless, we do not rule out specific benefits related to function or other aspects of life. However, for most supplements, the amount of research that has been performed is not adequate to be sure what they do.”

In other words, stay tuned.

Dietary supplements associated with increased risk of death, a U of M study finds