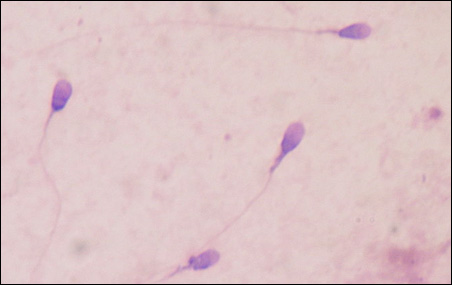 In what may be the most comprehensive study conducted to date on the personality of sperm donors, a team of Swedish researchers have found that such donors — in Sweden, at least — tend to be “stable, mature, and well-integrated.”

Unfortunately, however, these findings do not mean that American sperm donors can — as a group — be similarly characterized. But the findings do suggest that removing financial incentives and anonymity from sperm donation has an effect on the types of men (in terms of personality) who become donors.

For the study, researchers recruited 115 Swedish sperm donors (aged 18-56) and 115 age-matched controls between 2005 and 2008. Each study volunteer was asked to fill out an internationally recognized personality assessment known as the Temperament and Character Inventory, or TCI.

After comparing the assessments of the two groups, the researchers made the following observations:

With regard to personality, we found significant differences on the temperament dimension of harm avoidance between the sperm donors and the comparison group, with lower means for sperm donors. This indicates that the sperm donors described themselves as being less worried, uncertain, shy and less subject to fatigue.

Furthermore, we also found significant differences on the character dimensions, where the sperm donors showed higher means on self-directedness. This indicates that they perceived themselves as more autonomous individuals, with a capacity for responsibility, as behaving in a more goal-directed manner, and to be more resourceful and self-acceptant than the comparison group.

The sperm donors also showed significantly higher means on cooperativeness. This means that they described themselves as being more integrated with society and having a greater capacity for identification with and acceptance of other people than the comparison group.

Interestingly, the study also found that a large number of the sperm donors (46 percent) were in a relationship. In fact, 43 percent were married and 36 percent had biological children of their own.

Why findings may not cross the Atlantic
So, if a similar study were conducted in the United States, would the findings be comparable? Probably not. For one thing, U.S. sperm donors have traditionally been single university students who are motivated, at least in part, by the financial incentive, according to background information provided in the BJOG study.

Swedish men do not donate sperm for the money. In Sweden, it’s apparently against the law for sperm (and egg) donors to receive payment.

In addition, Sweden, unlike the United States, has a “non-anonymous” law regarding sperm donors. Under this law, a donor has no rights or responsibilities toward the child conceived with his sperm, but the child has the right to learn about and contact the donor once he or she reaches the age of 18.

So any Swedish man who donates sperm knows he may be faced with a grown child one day — a possibility that only men with certain personalities may find OK.

“The literature shows that different recruitment models and legal rules for sperm donation attract different potential donors,” explain the authors of the BJOG study. “Financial compensation for sperm donation appears to attract egoistic donors, who prefer to be anonymous, and are generally motivated by the payment alone.”

The study was published online Tuesday in the journal BJOG (published in Britain by the Royal College of Obstetricians and Gynaecology). (Hat tip: MindHacks.)

Personality of sperm donor ‘stable’ — in Sweden, at least