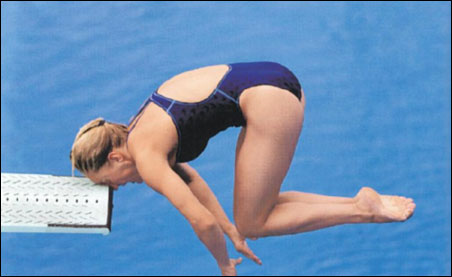 hrsport.net
What many people don’t realize is that in some sports, concussions are more prevalent in female athletes.

The realization that head concussions are a major problem in sports — including youth sports — is finally getting through most people’s thick skulls.

As I’ve reported in Second Opinion and elsewhere, it’s taken a lot of scientific evidence to finally convince coaches, trainers, sports fans, parents and players themselves that those “little bumps on the head” — yes, even the ones that don’t knock anybody out — are often traumatic brain injuries that require not only immediate medical attention, but long recovery periods.

But many people, including parents, continue to pooh-pooh the problem — or simply think it will never happen to their child.

Particularly if that child is a girl.

If you’re one of those doubters or deniers, I recommend you watch Twin Cities Public Television (TPT) Channel 2 this Sunday night. The station will be airing a new locally produced documentary that focuses specifically on the dangers that concussions pose to female athletes.

Not just an issue for male athletes
What many people don’t realize is that in some sports, concussions are more prevalent in female athletes. 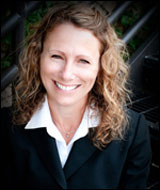 “What the data is showing is that for boys and girls in similar sports — basketball, soccer and hockey — girls have a higher rate of concussion than boys,” said Nicole LaVoi, associate director of the University of Minnesota’s Tucker Center for Research on Girls & Women in Sports, which partnered with TPT on the making of the documentary.

Yet, most of the public health focus thus far on concussions and youth sports — including at last fall’s Mayo Clinic’s conference on concussion in hockey — has been on males, she said.

“Barely anybody mentioned female athletes [at the Mayo conference],” LaVoi recalled. “And I thought, ‘Hmmm. I know female athletes get concussions, so I wonder why we’re only talking about men.’”

LaVoi organized a spring lecture series at the U of M last April that brought together experts to talk about concussions and female athletes. The new TPT documentary sprang out of that lecture series.

An untold story
Why are female basketball, soccer and hockey players more prone to concussions than their male peers?

“We don’t know,” said LaVoi. “That’s the untold story. There are a lot of theories out there, but there isn’t any conclusive evidence.”

One theory centers on the idea that women have weaker neck muscles. Thus, when a woman sustains a body blow to her head, the head snaps back with more force, causing the brain to rattle around in the skull with greater force and velocity.

Another theory suggests an explanation for why girls who play hockey experience more concussions than boys who play the sport — even though there is no body checking in girl’s hockey.

According to this theory, girls aren’t expecting to be checked, so they fail to protectively tense their neck muscles before receiving unintentional body blows.

But, again, no one knows if either of these theories has any scientific merit.

A need to broaden the conversation
LaVoi hopes the TPT documentary will help trigger a broader conversation — and more research — about women athletes and concussions. 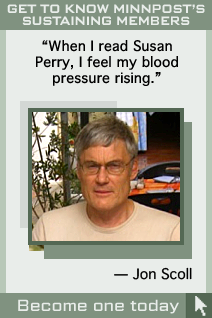 “What we need to do is bring female athletes into the conversation and ask the question, ‘Why are girls experiencing higher rates of concussions in similar sports?’” she said.

“Then we can start designing education, intervention and prevention programs tailored to one’s gender,” she added. “We just don’t have enough information to do that yet.”