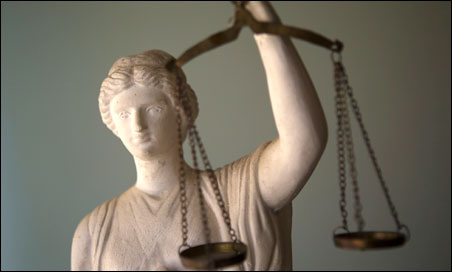 REUTERS/Morteza Nikoubazl
Ethical people tended be more satisfied with their lives than their less ethical peers.

Miller-McCune reporter Tom Jacobs recently interviewed Harvey James, an associate professor of economics at the University of Missouri, about a recent research project in which he that found that ethical people tended be more satisfied with their lives than their less ethical peers.

For his study, which was published earlier this year in the social sciences journal Kyklos, James used data from questions asked of participants to the 2005-2006 World Values Survey, a global research project that periodically asks representative samples of people around the world about their values, beliefs and attitudes on a wide range of topics.

Participants had been asked to rate, on a scale of 1 to 10, how satisfied they were with their life. They had also been asked several ethics questions, such as how they felt about claiming government benefits to which they weren’t entitled or about taking a bride.

“What I found is, generally, people who believe that these particular ethical scenarios are not acceptable also tend to indicate they are more satisfied with life,” James told Jacobs. “That’s with controlling for other factors that scholars have shown are also correlated with happiness, including relative wealth.”

James acknowledges that his study has several limitations, and that as a measure of ethics it is less than ideal. And, he says, it’s unclear whether his study’s finding reflects a correlation or a causation.

“It could be that a strong set of ethics affects happiness; it could be the other way around; or it could be something else that’s affecting both of them,” he says. “My personal belief is that not being willing to justify ethically questionable behaviors may improve a person’s psychological well-being, perhaps because he or she avoids feelings of guilt or shame. This could in turn produce an increase in happiness.”

You can read the entire interview on the Miller-McCune website.