Maybe, just maybe, we’re ready to leave fear-mongering behind and return to a rational conversation about this topic, which is so heartbreakingly important to every family. 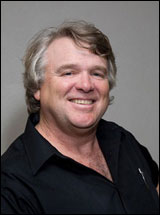 To enhance that conversation, I suggest an insightful and moving essay posted recently on the Zocalo Public Square website, a project of the nonpartisan Center for Social Cohesion. Written by Dr. Ken Murray, a clinical assistant professor of family medicine at the University of Southern California, it begins with his observation that doctors don’t die like the rest of us — and not for the reasons you may think.

What’s unusual about [doctors] is not how much treatment they get compared to most Americans, but how little. For all the time they spend fending off the deaths of others, they tend to be fairly serene when faced with death themselves. They know exactly what is going to happen, they know the choices, and they generally have access to any sort of medical care they could want. But they go gently.

Of course, doctors don’t want to die; they want to live. But they know enough about modern medicine to know its limits. …

Almost all medical professionals have seen what we call “futile care” being performed on people. That’s when doctors bring the cutting edge of technology to bear on a grievously ill person near the end of life. The patient will get cut open, perforated with tubes, hooked up to machines, and assaulted with drugs. All of this occurs in the Intensive Care Unit at a cost of tens of thousands of dollars a day. What it buys is misery we would not inflict on a terrorist. I cannot count the number of times fellow physicians have told me, in words that vary only slightly, “Promise me if you find me like this that you’ll kill me.” They mean it. Some medical personnel wear medallions stamped “NO CODE” to tell physicians not to perform CPR on them. I have even seen it as a tattoo.

“How has it come to this — that doctors administer so much care that they wouldn’t want for themselves?” Murray asks. To begin with, he says, people tend to have highly unrealistic expectations about what current medicine can accomplish, and doctors often lack the time (or communication skills) to explain what is realistic. Doctors also fear litigation, so some will do whatever they’re asked, even if they know a treatment is futile and will prolong the patient’s suffering. And “in some unfortunate cases,” acknowledges Murray, “doctors use the fee-for-service model to do everything they can, no matter how pointless, to make money.”

Then there is the medical system itself, which can sweep a terminally ill patient into a world of CPR attempts and life-support machines, even when such excessive treatments will not improve the patient’s outcome and may severely impair his or her quality of life. (“If a patient suffers from severe illness, old age, or a terminal disease, the odds of a good outcome from CPR are infinitesimal, while the odds of suffering are overwhelming,” says Murray.)

“It’s no wonder many doctors err on the side of overtreatment,” Murray writes.

But not when it is they themselves who are terminally ill, Murray insists. “Doctors still don’t over-treat themselves,” he writes. “They see the consequences of this constantly. Almost anyone can find a way to die in peace at home, and pain can be managed better than ever. Hospice care, which focuses on providing terminally ill patients with comfort and dignity rather than on futile cures, provides most people with much better final days. Amazingly, studies have found that people placed in hospice care often live longer than people with the same disease who are seeking active cures.”

Murray doesn’t offer any statistics to back up his assertion that physicians are less likely to overtreat themselves at the end of their lives, so I’m not sure if that statement is true. Still, his essay provides an interesting and helpful perspective on end-of-life care. It’s time to stop the fear-mongering and re-start the conversation.