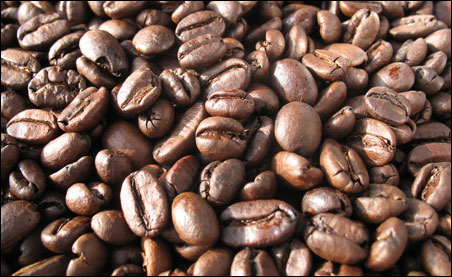 Creative Commons photo by Flickr user sfllaw
A recent report questions whether government funds should be used to test the efficacy of alternative medicine treatments, like coffee enemas.

Even if you’re not among the 38 percent of Americans who collectively spend $34 billion each year on alternative medical treatments — things like herbal supplements and visits to acupuncturists and massage therapists — you are paying for those treatments in another way: through your tax dollars.

Over the past 12 years, some $1.4 billion in government money went to fund the National Center for Complementary and Alternative Medicine (NCCAM), a small offshoot of the National Institutes of Health.

As reporter Trine Tsouderos notes in an excellent series on NCCAM that ran in the Chicago Tribune last weekend, most of that money ($1.2 billion) went to fund research projects — investigations into whether inhaling lemon and lavender scents helps heal wounds (it doesn’t), for example, or whether coffee enemas assist in the treatment of pancreatic cancer (they don’t), or whether massage makes people with late-stage cancer feel better (it does).

Of course, relatively speaking, we’re not talking about a lot of money here. NCCAM’s director, Dr. Josephine Briggs, correctly points out to Tsouderos that her agency receives less than half a percent of NIH’s total annual budget.

But, is that money being well spent? Writes Tsouderos:

A Tribune examination of hundreds of NCCAM grants, dozens of scientific papers, 12 years of NCCAM documents and advisory council meeting minutes found that the center has spent millions of taxpayer dollars on studies with questionable grounding in science. The cancer treatment involving coffee enemas was based on an idea from the early 1900s, and patients who chose to undergo the risky regimen lived an average of just four months.

The spending comes as competition for pubic research is fierce and expected to get fiercer, with funding for the NIH expected to plateau and even drop in coming years.

“Some of these treatments were just distinctly made up out of people’s imaginations,” said Dr. Wallace Sampson, clinical professor emeritus of medicine at Stanford University.

“Lots of good science and good scientists are going unfunded,” said Dr. David Gorski, a breast cancer researcher at Wayne State University, who has been a vocal critic of NCCAM. “How can we justify wasting money on something like this when there are so many other things that are much more plausible and much more likely to result in real benefit?”

NCCAM’s Briggs disagrees, of course. Alternative treatments also deserve scientific studies, she told Tsouderos. A member of the center’s advisory board, a neurologist who received $25 million from the center to study the effect of ginkgo biloba on dementia (no effect found, by the way), puts it a slightly different way: “I don’t know who else would do [these studies] other than NCCAM.”

An inherent conflict
An argument could be made that NCCAM’s existence is necessary if only to disprove the mumbo-jumbo out there in the world of alternative medicine. But there are two problems with this argument. First, even when the studies show overwhelmingly that an alternative treatment doesn’t work — such as the disastrous study on treating pancreatic cancer with coffee enemas — few minds are changed. Proponents for that treatment tend to either dismiss or ignore the findings. And patients keep right on flocking to the alternative practitioners who offer the treatment, hoping desperately for a cure.

Then there’s the problem of NCCAM’s dual loyalties. Its mission, explains Tsouderos, is to “study alternative therapies and how they could be integrated into conventional treatment.” That’s a mission, however, with an inherent conflict.

The role of politics
Politics has played a very big role in NCCAM’s existence — and is likely to continue to do so, as illustrated by two examples from Tsouderos’ articles:

The first involves how NCCAM came into existence:

NCCAM was conceived not by scientists clamoring to study alternative medicine, but by Sen. Tom Harkin, D-Iowa, a member of the powerful Senate subcommittee that helps oversee the NIH budget.

In a 1998 speech, Harkin described watching acupuncture and acupressure ease the pain and violent hiccups of a brother dying of thyroid cancer.

“These are things I have seen with my own eyes,” said Harkin, who also lost three other siblings to cancer. “When I see things like this I ask, “Why? Why aren’t these things being researched?”

A few months latter, NCCAM was created through a dozen or so paragraphs added to a budget bill.

Another troubling anecdote in Tsouderos’ series involves the highly controversial study (partly funded but no longer overseen by NCCAM) on chelation therapy as a treatment for coronary artery disease. This study, called the Trial to Assess Chelation Therapy (TACT), has received $30 million in taxpayer money. Given chelation therapy’s dubious scientific underpinnings, its serious side effects, and the questionable actions and qualifications of many of the doctors originally involved in the study (two of the study’s consultants were convicted of federal crimes), the question must be asked: Why did the government fund the study?

“The answer begins with a powerful politician,” writes Tsouderos:

An advocate of alternative medicine, Burton wanted to know why NIH wasn’t spending more of its taxpayer dollars studying such treatments.

He brought the director of the National Heart, Lung, and Blood Institute, Dr. Claude Lenfant, before the committee and pressed him to explain why the institute had not yet studied chelation therapy for coronary artery disease.

Then he asked proponents of chelation therapy to talk about how effective it was and how the therapy had not been given a fair shake.

One who spoke was Dr. Theodore Rozema, president-elect of the American College for Advancement in Medicine, the largest organization advocating for chelation therapy.

In 1978, the state Board of Medical Examiners in North Carolina disciplined Rozema’s medical license after learning that in 1976 in Massachusetts, Rozema had pleaded guilty to and was convicted of the charge that he “did knowingly, willfully and feloniously extort by the use of force, violence and fear money,” according to board records.

Medical boards in Illinois, South Carolina and Pennsylvania also disciplined his medical license, according to the North Carolina board. Rozema did not respond to requests for comment.

After Rozema and others spoke, Burton left officials with the NIH and other agencies in charge of medicine with an unambiguous message: “We are going to be hauling them before this committee on a regular basis — they will get sick of seeing my face before this is over — to make sure that we are not blocking something that is going to save lives.”

You can read all the articles in Tsourderos’ series, including her explanation of how she researched the story, on the Chicago Tribune website.