The University of Minnesota Medical School has sent a cautionary letter to one of its surgeons for violating several conflict of interest disclosure requirements.

The review of Dr. David Polly found that the spinal surgeon did not disclose payments he received from Fridley-based Medtronic in two published journal articles and on one research poster. …

The university letter did not recommend any disciplinary action for Polly. It also noted that the doctor had otherwise “demonstrated substantial compliance” with university conflict of interest and disclosure rules. 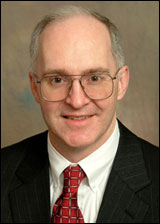 Polly seems to view his failure to disclose as a minor oversight. “I thought I was doing as good a job as could be done on the disclosure and complying with the university policies,” the surgeon told Benson. “I came up short in two or three instances where my ‘I’s’ weren’t perfectly dotted or ‘T’s’ crossed. I acknowledge that and completely accept the responsibility that goes with it.”

Polly also seems to feel he was wrongly singled out, as he explained to the Strib’s James Walsh:

Polly said his relationship with Medtronic came under scrutiny because “I was a convenient example of an item of interest of a member of Congress.” He said detailed disclosures he made regarding his relationship made it easier to investigate him.

He cited an October 2009 article in the New England Journal of Medicine as evidence that failing to disclose consulting relationships is not unusual. The study of physicians who received payments from knee and hip manufacturers in 2007 found that 71 percent disclosed the payments if they authored papers or served on committees at the 2008 annual meeting of the American Academy of Orthopaedic Surgeons.

In fact, based on what he said to Walsh, Polly seems more annoyed than apologetic about the controversy:

Polly said the scrutiny he underwent led him to relinquish his role as a paid consultant to Medtronic. In fact, he said, he has not done paid work for anyone since the end of 2009.

“While this was going on, I just said, ‘All of this is not worth it. While it’s not wrong, it’s just not worth it right now,'” Polly said.

In addition to severing his financial ties with Medtronic, Polly also resigned from the American Academy of Orthopaedic Surgeons Board in 2009. He had been criticized for not reporting his relationship with Medtronic during testimony he made before Congress three years earlier on how a controversial Medtronic spinal product (Infuse) could benefit returning military veterans. Polly had told the committee that he was representing the academy, but he billed Medtronic $7,000 for his appearance in Washington.

According to news reports, that testimony helped win the University of Minnesota almost half a million dollars in research money from the Department of Defense.