Brown-rice syrup, a sweetener used in many organic and gluten-free food products, including baby formula, may be a source of arsenic, according to a new study published late last week in the journal Environmental Health Perspectives.

That’s a troubling finding, for arsenic in high or chronic levels has been linked to an increased risk of several serious illnesses, including type 2 diabetes, cardiovascular disease and various forms of cancer. Infants and young children are believed to be particularly vulnerable because of their size, and some research suggests that arsenic may interfere with children’s brain development.

Exactly how much arsenic is too much is still being debated, but the current federal arsenic limit for drinking water is 10 parts per billion (ppb).

There are no federal regulations governing arsenic in foods.

The Dartmouth College researchers who conducted the new study had reported last year that brown rice itself can contain worrisome levels of arsenic. Rice appears to absorb arsenic from soil more easily than other foods. Some of that arsenic is in the soil naturally; other comes from unnatural sources, usually pesticides. The arsenic accumulates in the rice’s outer hull and stays there unless the hull is removed (as it is during the processing of white rice).

For the current study, the researchers decided to sample food products that use brown-rice syrup as a sweetener — specifically, baby formulas, energy bars and “energy shots” (gel-like blocks sold to athletes as a performance enhancer). They suspected that the syrup, like the brown rice from which it’s made, might contain significant levels of arsenic. All the products were bought from local grocery stores in the Dartmouth area.

Here’s what the researchers found:

In addition, the researchers found that the arsenic in the tested products tended to be inorganic, the form considered most toxic. (The term inorganic refers to the chemical makeup of the arsenic; it has nothing to do with whether the arsenic came from pesticides or not.)

The researchers did not identify any of the brands tested in the study.

A growing line of evidence 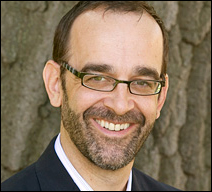 The new study is “super interesting,” said Dr. David Wallinga, senior advisor for science, food and health at the Minnesota-based Institute for Agriculture and Trade Policy (IATP), in a phone interview Friday. “It’s another in a line of studies that show us that the exposure of arsenic in our food supply is pretty concerning.”

“What the study also makes clear,” he added, “is that [government] regulators are sort of asleep at the switch here.”

Wallinga was not involved in the current study, but the IATP issued its own report in 2006 on the high levels of arsenic it found in certain brands of retail and fast-food chicken. (Arsenic gets into chickens through the commercial feed used to fatten the animals.) In 2011, the IATP petitioned the U.S. Food and Drug Administration (FDA) to lower the legally allowable arsenic in meat.

Arsenic also made the news recently when Consumer Reports reported that 10 percent of the apple and grape juices its scientists tested contained amounts of inorganic arsenic that exceeded the federal drinking-water standard.

“All of us probably have some arsenic exposure through our diet,” said Wallinga. “The trick is to try and avoid the things that are unnecessary or that are going to add arsenic to that baseline that we already have.”

New mothers should try to breastfeed, if at all possible, he said, and all of us should focus on feeding ourselves and our families whole, unprocessed foods. It’s when we start adding sweeteners, food dyes, and other additives to food that we start getting into trouble with our health, he explained.

Yet in the case of arsenic, it’s the whole version of the food — brown rice — that seems to increase the health risk.

“It’s a bit of a pickle,” Wallinga acknowledged. “But I would worry a lot less about whole rice than I would the sweetener, which seems to concentrate the arsenic.”

Wallinga believes, however, that none of us should have to be reading food labels to make sure we’re not ingesting potentially toxic levels of compounds like arsenic.

“I don’t think the onus should be on consumers to shop their way out of what should be a government problem,” he said.

The Dartmouth researchers agree. There is “an urgent need,” they conclude in their study, “for regulatory limits on [arsenic] in food.”