When it comes to the dozens of hormone-altering chemicals that have become a ubiquitous part of our everyday life — such substances as bisphenol A, found in certain plastics and other products, and atrazine, a pesticide used mainly on corn — the scientific, medical and regulatory communities have long operated under the paradigm that “the dose makes the poison.”

In other words, yes, high doses to such chemicals — the kind a worker might experience during an accident at a factory, for example — might be hazardous to our health, but low exposure to these chemicals — the kind the rest of us encounter day in and day out through various products we buy and use — is nothing to worry about.

This paradigm also operates under the belief that chemicals have a “monotonic” effect on humans and animals — one that goes up or down depending on the size of the dose.

In recent years, a growing number of scientists have been challenging that paradigm. Until very recently, their research tended to be dismissed or derided. Their work was also, of course, vehemently challenged by the chemical industry.

But times are changing, and scientific evidence has a way of slowly — very slowly — uprooting even the most stuck-in-the-mud paradigms. On Wednesday, a team of 12 scientists who study hormone-altering chemicals released a report, three years in the making, that calls for “fundamental changes” in the testing and regulation of chemicals that mimic human hormones.

This time, it seems, the rest of the scientific community is listening.

The paper was published in the journal Endocrine Reviews. Here’s Environmental Health News reporter Maria Cone’s description of it (FYI: the senior author of the study was a founder of EHN):

Dozens of substances that can mimic or block estrogen, testosterone and other hormones are found in the environment, the food supply and consumer products, including plastics, pesticides and cosmetics. One of the biggest, longest-lasting controversies about these chemicals is whether the tiny doses that most people are exposed to are harmful.

In the new report, researchers led by Tufts University’s Laura Vandenberg concluded after examining hundreds of studies that health effects “are remarkably common” when people or animals are exposed to low doses of endocrine-disrupting compounds. …

The scientists concluded that scientific evidence “clearly indicates that low doses cannot be ignored.” They cited evidence of a wide range of health effects in people – from fetuses to aging adults – including links to infertility, cardiovascular disease, obesity, cancer and other disorders.

“Whether low doses of endocrine-disrupting compounds influence human disorders is no longer conjecture, as epidemiological studies show that environmental exposures are associated with human diseases and disabilities,” they wrote.

As Cone points out, the paper’s authors also “took on the issue of whether a decades-old strategy for testing most chemicals — exposing lab rodents to high doses then extrapolating down for real-life human exposures — is adequate to protect people. They concluded that it is not, and so they urged reforms. Some hormone-like chemicals have health effects at low dose that do not occur at high doses.”

A good example of the inadequacy of this approach, says Cone, is the breast cancer drug tamoxifen, which stimulates breast cancer growth at low doses, but inhibits it at high ones. Another example is DES, the estrogenic drug disastrously given to pregnant women to prevent miscarriage until it was found in 1971 to cause cancer and other health problems in the women’s children. At very low doses DES causes obesity in laboratory animals; at high doses, it causes weight loss. 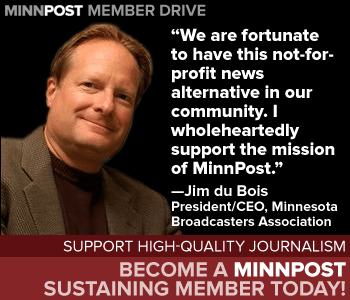 A strong sign that the broader scientific community is coming around to the idea that hormone-like chemicals need to be tested and regulated at low levels can be seen in a just-published commentary that appears in the April issue of Environmental Health Perspectives.

It was written by Linda Birnbaum, director of the National Institute of Environmental Health Sciences, the governmental agency charged with studying the health effects of chemicals in the environment.

She agrees with the main findings of the Endocrine Reviews paper.

“Low internal doses of endocrine disruptors found in typical human populations have been linked to obesity, infertility, neurobehavioral disorders, and immune dysfunction, among others,” Birnbaum writes. “… It is time to start the conversation between environmental health scientists, toxicologists, and risk assessors to determine how our understanding of low-dose effects and nonmonotonic dose responses influence the way risk assessments are performed for chemicals with endocrine-disrupting activities. Together, we can take appropriate actions to protect human and wildlife populations from these harmful chemicals and facilitate better regulatory decisions making.”

Although we’ll have to see how strong the industry pushback is. According to Cone, the American Chemistry Council issued a statement Wednesday that said “‘low dose’ effects have not been proven, and therefore should not be applied to real-world conditions and human experiences.”

The Endocrine Reviews paper is not available in full online, but Birnbaum’s commentary is. You can read it on the Environmental Health Perspectives website.