I haven’t been in the mood for sad books, sad plays, or sad movies lately.

Just give me a good comedy.

Well, according to the intriguing and rather fun findings of a study published online this month in the journal Communication Research, watching a three- or four-handkerchief movie might actually lift my spirits.

It seems that, as the study’s subtitle states, “Feeling Low on Fiction Leads to Feeling High on Life.”

Or, to be more specific, this study found that the sadness we experience when we watch a movie with a tragic plot causes us to reflect on our lives, particularly on our close personal relationships, which makes us feel not only grateful for those relationships, but happier. It also makes us enjoy that sad movie we’re watching even more.

The researchers refer to this as the “tragedy paradox.”

Here’s how the team of Ohio State University researchers who conducted the study came to that conclusion:

They recruited 361 undergraduates (211 women and 150 men with an average age of 20.5 years) and showed them an abridged (30-minute) version of the 2007 British tearjerker “Atonement,” starring Keira Knightley, James McAvoy and Sairose Ronan. About two-thirds of the students had not seen the movie before. (Had any of them read the Booker-Prize-winning novel by Ian McEwan on which the movie is based? The study doesn’t say.)

The movie depicts, as the study’s authors note, “how a teenaged girl, Briony, accuses her sister’s lover of a rape that he did not commit, which permanently changes the lives of all involved.”

I won’t give away anything more, in case some MinnPost readers wish to see the movie (or read the book). But I will say this: Those changes aren’t for the better.

Immediately before and after viewing the movie — and during three short pauses in the middle of the screening — the study’s participants filled out questionnaires about how happy or sad they were feeling at that moment, how happy or sad they were feeling about their lives in general, and whether or not they were enjoying the movie. At the end, they were also asked to write about “how the movie had led them to reflect on themselves, their goals, their relationships, and life in general. (The students typed an average of 216 characters for their answers, just a wee bit more than a Twitter tweet.)

Watching “Atonement” definitely moved the students to self-reflection. “[It] made me think about how lucky I will be once I find someone worth that kind of love and commitment,” wrote one student. “It also made me hope to have a connection like the two main characters did that could overcome distance and any difficulty in a romantic relationships, even war and false accusations.”

“This movie demonstrated that true love does exist and when you find it, it is so powerful that you will go to the ends of the earth to hold onto it,” said another.

“The movie definitely made me appreciate what I have in life,” wrote a third.

An analysis of these reflections and the questionnaires led the researchers to observe that “sadness from a tragedy that celebrates the ideal of a one and only love in life, even if this relationship could never flourish and the lovers die young and tragically, induces thoughts about one’s own important relationships and as a result enhances personal life happiness and subsequently tragedy enjoyment.”

In other words, a sad movie can shake us out of our complacent everyday routine, make us realize that things could be a lot worse, and have us counting our blessings, so to speak. 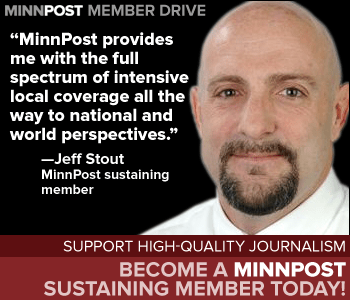 Comedy, according to other research cited in the study, appears to do the opposite. “It discourages compassion and encourages viewers to laugh about mishaps that are often extremely unfortunate if not devastating for the affected characters,” write the Ohio State researchers. (Could that be called “the ‘Seinfeld’ effect”?)

The current study comes with a lot of caveats, of course, and, thus its findings must be interpreted “with caution,” as its authors point out. Among those caveats: This was a single experiment that used a single (fictional) movie on a single population of people (young college students).

And don’t expect the “uplifting” effects of a sad movie to last very long. They apparently don’t. But then, as the study’s authors point out, “other seemingly more relevant occurrences, such as a winning the lottery, do not lead to lasting improvements of happiness either.”

Didn’t somebody make a movie about that? I think it had a happy ending, though.

The ‘tragedy paradox’: Why sad movies make us feel happy