Until fairly recently, type 2 diabetes was called “adult-onset diabetes” because it occurred only rarely in children.

Now, along comes a major study with even more disturbing news: Type 2 diabetes appears to progress faster and to be much more difficult to manage in young people than in adults.

The new study, published Sunday in the New England Journal of Medicine (NEJM), followed 699 children aged 10 to 17 at various medical centers around the country for almost four years. All had been recently diagnosed with type 2 diabetes, and all had a body-mass index (BMI) at or above the 85th percentile for their age.

Type 2 diabetes occurs when the pancreas either doesn’t make enough of the hormone insulin, or cells in the body ignore the insulin and, thus, don’t use it properly. Insulin is necessary to control blood sugar levels, which rise after the consumption of foods high in carbohydrates (sugars and starches). Obesity seems to trigger metabolic changes that increase insulin-resistance within the cells.

After receiving the oral drug metformin to normalize their blood sugar levels (standard first-line treatment for type 2 diabetes), the children were randomly divided into three groups. One group continued to use metformin alone. Another group took metformin and a second drug, rosiglitazone (Avandia). (The study started before Avandia was linked to an increased risk of heart attack and stroke and the U.S. Food and Drug Administration restricted its use.) A third group took metformin and also received intensive counseling about diet, exercise and weight-loss — an approach that had been shown to help adults control their blood sugar levels.

All of the groups had a high failure rate.  Some 52 percent of the young people in the metformin group failed to keep their blood sugar down, 47 percent failed in the diet-and-exercise group, and 39 percent failed in the group using metformin plus Avandia. Furthermore, the failure rate was high even among the young people who adhered most strictly to their assigned treatment program.

And almost 20 percent of the young people in the study experienced a diabetes-related complication that was serious enough to require hospitalization.

Exactly why the disease is harder to control in young people is unclear, but the study’s authors believe it may be related to hormonal changes during puberty. 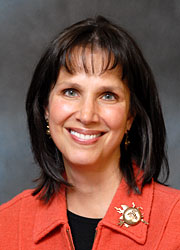 “I think it says what many of us have known for a long time — that adolescents with type 2 diabetes are particularly difficult to treat,” said Dr. Antoinette Moran, medical director of pediatric endocrinology and diabetes at the University of Minnesota, in a phone interview Monday.

But young people can control their diabetes with insulin, she added. “It’s not that we don’t have any way to control these kids,” she said. “It’s just that the easy way — the oral [medication] way — is not enough.”

The key message from this study, Moran added, is clear: The best treatment is prevention. And that means keeping children from becoming overweight and obese.

“We have to get back to patterns where people have sit-down meals and are conscious of what they’re eating,” said Moran. “And we have to get kids up and moving.”

Writing in an editorial that accompanied the NEJM study, Dr. David Allen, a pediatric endocrinologist at the University of Wisconsin School of Medicine and Public Health, was even more blunt:

The essential, maddening conundrum of the epidemic of type 2 diabetes [is the] collective failure to adhere to a lifestyle healthy enough to prevent the disease. A critical point is that the participants in the [NEJM] study were not adults, but youth immersed from a young age in a sedentary, calorie-laden environment that may well have induced and now aggravates their type 2 diabetes. Fifty years ago, children did not avoid obesity by making healthy choices; they simply lived in an environment that provided fewer calories and included more physical activity for all. Until a healthier “eat less, move more” environment is created for today’s children, life-style interventions like that in the [NEJM] study will fail.”

“It’s not rocket science in terms of what to do,” said Moran. “We all know what to do. The trick is how to do it and how to get our lifestyle back to something that’s less toxic for us and for our children.”