Last Friday, a spokesperson for the medical-device industry published a commentary in the Star Tribune in which he made a claim that simply isn’t supported by the evidence. The commentary was written by Dale Wahlstrom, president and CEO of the industry trade group LifeScience Alley, which is based here in Minnesota. 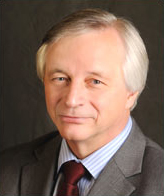 The group’s members include such local institutions as Medtronic, 3M, St. Jude Medical, Cargill, the Mayo Clinic and the University of Minnesota. (LifeScience’s website says its member organizations come from all sectors of “the lifesciences ecosystem.”)

In the commentary, Wahlstrom, whose LifeSciences bio says he retired from Medtronic in 2006 after 24 years, argues that Congress should get rid of the 2.3 percent excise tax on medical devices that’s currently in the Affordable Care Act because the tax puts the ability of the medical device industry to innovate and operate “under attack.”

To support that argument, he makes this remarkable statement:

As Gary Schwitzer, publisher of the Minnesota-based Health News Review website, noted on Friday, this is an “outlandish” claim.

“This quote attributes ALL cardiovascular health improvements to devices,” Schwitzer points out, “rather than siphoning off the mere fraction that might be attributable to devices versus drug therapies versus lifestyle changes.”

Schwitzer sends readers to a 2007 article in the New England Journal of Medicine that specifically looked at the causes of the decrease in U.S. deaths from heart disease between 1980 and 2000.

The authors of that study say this:

Approximately half the decline in U.S. deaths from coronary heart disease from 1980 through 2000 may be attributable to reductions in major risk factors [especially a reduction in cholesterol and blood pressure levels and in smoking] and approximately half to evidence-based medical therapies.

As Schwitzer points out, those “evidence-based medical therapies” include not just medical devices, as Wahlstrom suggests, but all methods of treatments, including drugs and surgery.

Here’s what the study says:

Approximately 159,330 of the deaths from coronary heart disease that were prevented or postponed were attributable to medical therapies (minimum estimate, 58,065; maximum estimate, 347,395). The largest reductions in deaths came from the use of secondary-prevention medications or rehabilitation after acute myocardial infarction [heart attack] or after revascularization [bypass surgery] (a total reduction of approximately 35,800 deaths) and from the use of initial treatments for acute myocardial infarction or unstable angina (approximately 35,145 deaths), followed by treatments for heart failure and hypertension, statin therapy for primary prevention, and treatments for chronic angina. The use of revascularization for chronic angina resulted in a reduction of approximately 15,690 deaths in 2000, as compared with deaths in 1980, or approximately 5% of the total.

To get more clarification, I called one of the authors of that 2007 analysis, Minnesota cardiologist and researcher Dr. Thomas Kottke, and asked him about Wahlstrom’s claim about the impact of medical devices on lowering the heart-disease death rate.

Was there any truth to it?

He laughed. “There has been a big decline in heart disease mortality,” he acknowledged, but it had “hardly anything to do with medical devices.”

The reduction in deaths “was mostly because of risk-factor changes,” he said, as well as “improved care and drugs.”

I called LifeScience Alley twice on Friday afternoon to ask for the source of Wahlstrom’s statement. I was told they would get back to me, but so far I’ve received no answer. (I’ll update this post as soon as I do.)

As Schwitzer notes in his blog, “The editorial is more than a matter of playing loose with the numbers; it is a vast overstatement and a distortion of the evidence. There’s no question that medical devices have contributed to the decline [in heart disease deaths]. It is disingenuous to attribute ALL of the benefit to devices.”

“I only hope that such whopping misleading claims aren’t misleading politicians into position they wouldn’t take if they evaluated the claims,” he adds.

A repeal of the controversial medical device excise tax currently appears to face an uphill battle in Congress, although it has bipartisan support from Minnesota’s politicians.