Three Minnesota legislators were among 21 current and former state legislators from 10 states who sent a letter [PDF] to the American Chemistry Council (ACC) June 4, asking the national trade association to expel three of its member companies for unethical behavior.

The letter was in direct response to a scathing four-part investigative report that ran in May in the Chicago Tribune. It described in jaw-dropping detail the ethically questionable practices that the three companies — Albemarle, Chemtura and ICL Industries — have used for several decades to keep state and federal officials from limiting the use of brominated flame retardants in furniture, electronic products and other consumer goods.

The legislators wrote that the “worst tactics outlined in the Chicago Tribune series — which we each saw some of firsthand in our states — included: deliberately misrepresenting the science around flame retardant chemicals relating to both their effectiveness and their health risks; employing an expert witness who repeatedly invoked a phony story of a child dying in a fire in order to justify flame retardant mandates; creating a front group called ‘Citizens for Fire Safety’ to counter the opposition to flame retardants among firefighters and health organizations; and using racial profiling to mislead community leaders about the impacts of toxic flame retardant chemicals.”

The ACC’s president and CEO, Calvin Dooley, sent a letter back to the legislators [PDF] on June 5. In it, Dooley defends Albemarle, Chemtura and ICL Industries, saying each company intends “to dispel misinformation” raised by the Tribune articles and to “make available existing scientific information that supports the safety and efficacy of their products.”

Dooley also stated that although the three companies are long-time members of ACC, the organization itself “does not advocate with state legislatures or state regulatory agencies on their behalf related to flame retardant chemistries.” 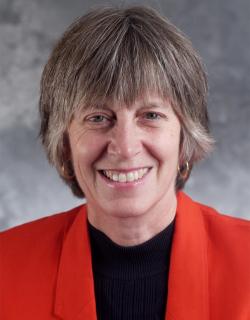 “That’s totally untrue,” said Rep. Karen Clark, DFL-Minneapolis, in a phone interview with me on Tuesday. She was one of the three Minnesota legislators, along with Sen. Sandra L. Pappas, DFL-St. Paul, and Sen. John Marty, DFL-Roseville, who signed the June 4 letter to the ACC.

Clark, who has spent two decades shepherding legislation through the Minnesota House to reduce or eliminate toxic chemicals from consumer products, said she has personally had conversations with ACC lobbyists on the issue of flame retardants. She has also watched and listened, she added, as ACC lobbyists distorted the science regarding flame retardants to her colleagues.

“It’s just astounding that they would think that we would not remember or not know what happened,” Clark said.

Kathleen Schuler, co-director of the Minnesota-based Healthy Legacy campaign, which advocates for the removal of toxic chemicals from everyday products, agrees. Her organization has been working for several years in support of legislation to ban toxic flame retardants in furniture and other household items. Two such chemicals — penta-BDE and octa-BDE — were banned in Minnesota in 2007. Legislators also passed a bill the following year that would have phased out a third brominated flame retardant, deca-BDE, but that bill was vetoed by then Gov. Tim Pawlenty (a veto he let stand even after he acknowledged that the original reasons he cited for vetoing the bill contained inaccuracies and factual mistatements).

In a phone conversation earlier this week, Schuler said she remembers ACC lobbyists working in Minnesota against these bills. On Tuesday, her office sent me the lobbyist disclosure forms for four employees of the Minneapolis law firm Best & Flannagan. On the forms, each said he or she was representing ACC, and in the space where the lobbyists note the issue they’re working on are the words “flame retardants.”

I called one of those employees, attorney David Johnson, who is a partner at Best & Flannagan. He said he did only a small amount of lobbying for ACC and, although he is still retained by them, he has not worked on their behalf for two or three years.

Johnson couldn’t recall the specifics of the issues he was asked to address for ACC, stating it was long ago and the organization was a small client. When I pointed out that it says “flame retardants” on his disclosure forms, he said, “If the form says that, then I’m sticking with the form.”

I then asked the ACC for clarification regarding Dooley’s statement in his letter that ACC does not lobby in state legislatures on behalf of the companies who manufacture flame retardant chemicals. Scott Jensen, the organization’s spokesperson, sent me this statement via email:

The letter from state legislators, orchestrated by [Safer Chemicals, Healthy Families], focused on state advocacy conducted by a group known as Citizens for Fire Safety. Our response was intended to communicate that ACC was not involved in the legislative advocacy activities raised by the state legislators in their letter. ACC routinely weighs in on chemical-related legislation when that legislation is not based on sound science and sets a bad precedent for the regulation of all chemicals.

As the Tribune articles point out, flame retardants have been linked to serious health concerns, including cancer, neurological and developmental problems, and impaired fertility.  Studies also suggest that the chemicals in some flame retardants can make fires more toxic — a particular worry for firefighters.

Such risks might be worth it if flame retardants reduced injuries and saved lives. But, after talking with experts and analyzing the studies and data on the topic (including having a small and obscure study that’s cited frequently by the chemical companies translated from Swedish into English), the Tribune reporters discovered that flame retardants aren’t actually all that effective at doing what they’re supposed to do: prevent fires from taking hold and spreading.

“We did not find flame retardants in [furniture] foam to provide any significant protection,” Dale Ray, a top official with the Consumer Product Safety Commission who in 2009 oversaw a series of laboratory tests on the foam, told Tribune reporter Michael Hawthorne.

Furthermore, the lead author of a 1980s study that the chemical industry frequently cites to prove that flame retardants work says the industry had greatly distorted his findings and that the retardants don’t do what they’re intended to do: stop fires from taking hold and spreading. “The fire just laughs at [the retardants],” he told Hawthorne.

The Tribune’s  “Playing with Fire” series is definitely worth a read, particularly for the outrageous actions of a retired University of Washington (Seattle) surgeon, Dr. David Heimbach, who has served as a key witness for Citizens for Fire Safety, the front group for the companies that manufacture flame retardant chemicals. In his testimony before various state legislatures, Heimbach has repeatedly told tales (complete with photographs) about babies he had personally treated who suffered horrific deaths because they had not been sleeping on bedding treated with flame retardants.

But, as the Tribune reporters found out, none of the stories was true.

The baby in the photographs Heimbach carried around with him did die as a result of burns, but the burns had nothing to do with untreated bedding. The mother of the baby became outraged when she learned from the Tribune reporters that Heimbach was using the photographs without her permission.

On Tuesday, the Chicago Tribune reported that Heimbach has been admonished by the University of Washington for not getting permission before doing work for Citizens for Fire Safety and for violating federal privacy rules by showing photographs of a burned infant without authorization.

Minnesota legislators among those questioning lobbying tactics on flame retardants