As science writer Gary Taubes (“Why We Get Fat” and “Good Calories, Bad Calories”) points out in a commentary in the New York Times over the weekend, a study published last week appears to have struck yet another blow to the “a calorie is a calorie” meme — that we get fat simply because we take in more calories through our food than we burn off during physical activity.

Taubes has become an outspoken critic of the 125-year-old calorie-is-a-calorie explanation of obesity, which he believes is well past its due date. (MinnPost interviewed Taubes when his latest book was published in 2011. You can read that interview here.)

The new study, which was led by Dr. David Ludwig of Boston Children’s Hospital and appeared in the Journal of the America Medical Association (JAMA), did something, notes Taubes, that “has never been done before.” Ludwig took 21 adults (13 men, 8 women, aged 18 to 40) who had already lost 10 to 15 percent of their weight and then rotated them through three different diets, one month for each. They were given the same number of calories on each diet — a number that was determined by how many calories each volunteer had been found to be expending daily after his or her initial weight loss.

That’s a small number of study subjects (and, thus, one of the limitations of this study), but the fact that they had already lost weight was important. “Such weight-reduced subjects are particularly susceptible to gaining the weight back,” writes Taubes. “Their energy expenditure drops precipitously and they burn fewer calories than people who naturally weigh the same. This means they have to continually fight their hunger just to maintain their weight loss.” 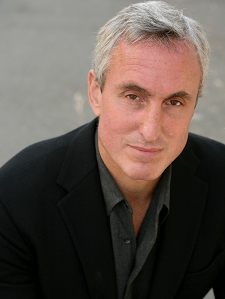 “The results were remarkable,” Taubes writes. “Put most simply, the fewer carbohydrates consumed, the more energy these weight-reduced people expended. … On the very low-carbohydrate diet, Dr. Ludwig’s subjects expended 300 more calories a day than they did on the low-fat diet and 150 calories more than on the low-glycemic-index diet. As Dr. Ludwig explained, when the subjects were eating low-fat diets, they’d have to add an hour of moderate-intensity physical activity each day to expend as much energy as they would effortlessly on the very-low-carb diet. And this while consuming the same amount of calories.”

The ramifications of these findings go beyond what weight-loss diet people should choose, says Taubes, and “speak to the very cause of obesity.”

“[T]he study tells us that the nutrient composition of the diet can trigger the predisposition to get fat, independent of the calories consumed,” he writes. “The fewer carbohydrates we eat, the more easily we remain lean. The more carbohydrates, the more difficult. In other words, carbohydrates are fattening, and obesity is a fat-storage defect. What matters, then, is the quantity and quality of carbohydrates we consume and their effect on insulin.”

And, indeed, Ludwig and his colleagues conclude in their study that their results “challenge the notion that a calorie is a calorie from a metabolic perspective.”

that among the bad decisions we can make to maintain our weight is exactly what the government and medical organizations like the American Heart Association have been telling us to do: eat low-fat, carbohydrate-rich diets, even if those diets include whole grains and fruits and vegetables.

A controversial conclusion? Absolutely, and Dr. Ludwig’s results are by no means ironclad. The diets should be fed for far longer than one month, something he hopes to do in a follow-up study. As in any science, these experiments should be replicated by independent investigators. We’ve been arguing about this for over a century. Let’s put it to rest with more good science. The public health implications are enormous.

Reaching an end to this argument anytime soon may be wishful thinking, however. Just one day before the JAMA study was published last week, another group of researchers reported in the journal BMJ that they had found an association between Atkin-style diets and an increased risk of heart disease among women.

You can read Taubes’ commentary on the New York Times website. You’ll find Ludwig’s study at the JAMA site.