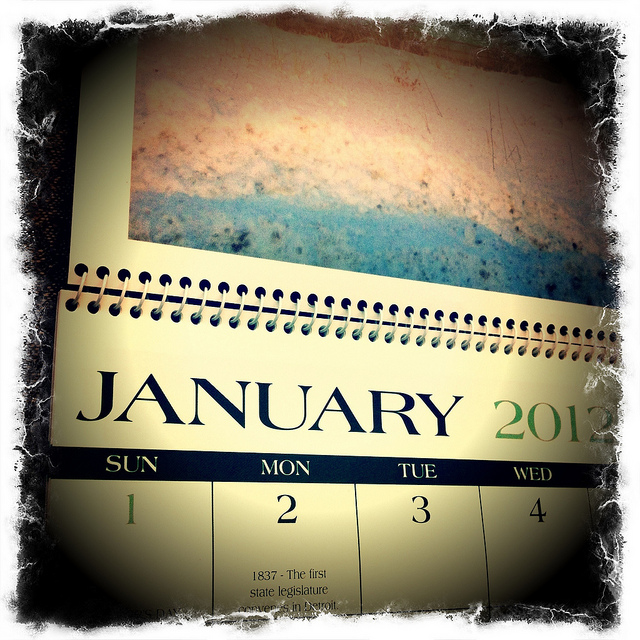 Creative Commons/Daniel MoyleLast year, a British psychologist reported that it takes the average person until precisely 11:16 a.m. to smile on Mondays.

We may say we hate Mondays. But are Mondays really our most miserable day of the week, as commonly claimed?

Some marketers — at least, in Britain — would like us to believe so.

Last year, a British psychologist reported that it takes the average person until precisely 11:16 a.m. to smile on Mondays. Conveniently, that’s smack in the middle of “elevenses,” the traditional morning tea break taken by British workers. I say conveniently because the makers of a yeasty food spread called Marmite funded the survey on which the psychologist based his findings.  And a tea break is, of course, one of the times (along with breakfast) when Brits might be most inclined to spread Marmite on toast and scarf it down.

“Work could be the best place for you on Monday,” the psychologist told a Telegraph reporter, “because we are essentially cavemen in city suits. We want to feel part of the tribe, so we go for a cup of tea, catch up [at elevenses] and then settle down for work.”

Another British survey found that people tend to complain more on Mondays. According to a spokesperson for the company that funded the “research,” the average person apparently whines (or whinges, as the Brits often say) for about 34 minutes on Monday morning compared to just 22 minutes on other weekdays. The spokesperson also told the press that the survey found health-related problems to be a leading factor behind all that Monday-morning complaining.

And who was the funder of that survey? A pharmaceutical company.

The implied message of these surveys: Take your medications or eat Marmite at breakfast or tea time and you just might make your Mondays less, well, lousy.

Support for a TGIF effect

Ridiculous, yes. And also unfounded. For as a study published earlier this summer in the Journal of Positive Psychology discovered, the whole miserable Monday phenomenon appears to be a myth.

Here’s a description of the study by psychologist and journalist Christian Jarrett in the BPS Research Digest:

[Stony Brook University professor of psychiatry] Arthur Stone and his colleagues made use of data collected by Gallup in 2008. Over 340,000 US citizens were interviewed over the telephone during that year and one of the questions was about their mood the day before. They were asked to say “yes or no” whether they’d felt enjoyment or happiness for a lot of the day, and whether they’d felt worry, sadness, stress or anger for a lot of the day.

A clear pattern emerged, with people reporting far more positive mood and far less negative mood on Saturdays and Sundays, compared with weekdays — an effect that diminished with age and with retirement. Although the contrast with weekdays for them was weaker, retirees still reported being happier at weekends, perhaps because of the availability of friends and family at that time. The pattern of better mood at weekends also held regardless of gender, and regardless of whether interviewees had a partner or not.

Although not as dramatic as the weekend effect, there was also evidence of enhanced mood on Fridays, relative to other days of the week — supporting popular belief in a “Thank God It’s Friday!” effect. But comparing mood on Mondays against mood on Tuesdays, Wednesdays and Thursdays revealed no evidence of a dip.

The study has its limitations, of course. Respondents to the survey may not have correctly remembered their mood on the previous day, for example. Survey-type studies can also include a lot of selection bias. (The people who agree to be part of a survey may differ from non-responders in ways that skew the study’s results.)

Interestingly, a 2011 Australian meta-analysis of past research on this topic found “a small but reliable ‘Monday blues’ ” effect — but mostly among university students. Those studies, however, were far too small for their results to be definitive. The study in the Journal of Positive Psychology had a much, much larger and broader sample of respondents.

No need to open the Marmite at “elevenses.”