The tragic death this week of 23-year-old Alexandra “Sasha” McHale has brought public attention to a serious yet little-understood autoimmune disease: lupus. McHale, the daughter of former Timberwolves coach and vice-president Kevin McHale, died in Minneapolis on Nov. 24 of lupus-related complications. According to press reports, she first developed symptoms of the disease in 2011 while in Australia as part of a study-abroad program through the University of Minnesota-Duluth, where she was pursuing a degree in liberal arts.

Lupus affects about 1.5 million Americans, and most — but not all — are women who are diagnosed, like McHale, as young adults, according to the Lupus Foundation of America. To learn more about this common and mysterious disease, MinnPost talked with Emily Gillespie, an immunologist, lupus researcher and assistant professor of medicine at the University of Minnesota. An edited transcript of the conversation follows.

MinnPost: What is lupus?

Emily Gillespie: Lupus is an autoimmune disease, which means that our immune system, which is there to protect us from germs and things that can make us sick, suddenly turns against our own cells and tissues and organs. In doing so, it causes damage to our own bodies and leads to this terrible disease that we call lupus.

MP: What are the symptoms?

EG: The symptoms can vary widely among patients. They can range from fairly benign symptoms like an unexplained rash and joint pain, being tired, weakness, a low-grade fever. But then the disease can escalate and cause more severe symptoms. It can cause damage to the kidneys, severe cardiovascular disease and problems with the lungs and central nervous system.

MP: The symptoms are not always evident to others, correct?

EG: That’s one of the mysteries with lupus. Oftentimes, somebody with lupus looks perfectly healthy. You can’t necessarily look at them and recognize that they are sick with the disease. It’s a disease that ravages from within. That’s frustrating for patients. They frequently hear people say, “You don’t look sick.” People don’t always understand.

MP: How life-threatening is the disease?

MP: Who gets the disease?

EG: Typically we think of the most likely person to get lupus as being a woman of childbearing age, and that’s certainly the most affected demographic. But men can also get the disease, older adults can get the disease, and kids can get a very bad form of lupus. So while it typically does affect women in, say, their 20s to 40s most often, really anybody can get lupus at any time.

EG: It can affect people in a lot of ways. The fatigue associated with lupus is very severe and disabling. It can require hospitalization. It’s a disease that cycles between flares and remissions, and the flares cannot be predicted. So it leads to a lot of hospitalizations, where the lupus escalates sort of out of the blue, and you need to get in and get treated right away. It can cause really permanent damage. It can cause kidney failure. Patients can required dialysis or kidney transplant. It can be really quite severe.

MP: Are we making any progress in treating it? 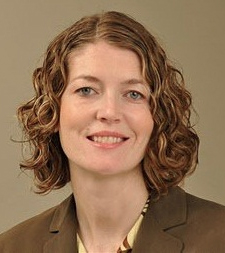 EG: Thankfully, we are. Up until about a year ago, there were only three drugs approved by the [Food and Drug Administration] for treating lupus patients, and they were all very non-specific drugs. But last year we saw approval by the FDA of the first new drug for lupus in 50 years, so this was a really big milestone for the field. This drug — Benlysta — is a more targeted therapy. It targets a very specific molecule that revs up the immune system and contributes to the disease. So this is, hopefully, the beginning of a new frontier where we’re going to see a lot more new drug development focused on more specific targets for patients with lupus.

MP: Why has the disease resisted a cure?

EG: It’s such a complicated disease. We don’t really know what causes it, so it makes it hard to come up with a good cure. We know that it’s a combination of genetic factors and environmental triggers, and fortunately over the past six or eight years we’ve learned a lot more about the genes that can contribute to causing lupus. But, unfortunately, it’s not just one gene or a couple of genes. Right now we know of about 35 genes that work together in some sort of cryptic combination to put somebody at greater risk of developing lupus. And then we have to put that together with environmental triggers. One of these, for example, is viral infection. Viral infection is thought to be a trigger for both the initial onset of lupus as well as the flares of disease that can happen. Exposure to UV light is another environmental trigger. Patients with lupus have to be extremely careful when they go out in the sun to wear their sunscreen and really cover up to avoid letting the sun trigger one of these flares.

MP: What are the research areas most promising for better understanding or curing this disease?

EG: The work that’s happening in genetics is very important and shows a lot of promise. There are also quite a number of new targeted therapies in clinical trials, and I’m hopeful that we will start seeing more of these getting approved and giving us better tools to fight the disease. We’re also looking for better ways to use the drugs we already have. For example, Benlysta, which was approved and can be very effective, doesn’t work in everybody. So there’s a real push right now to try and understand which patients are going to get better with Benlysta. We’re also trying to figure out what we can do with the people who don’t respond to it. What drugs would work well with them? There’s a whole focus on identifying what we call biomarkers that would allow us to better predict who should get which medicine and who’s likely to have an impending flare — all the kinds of things that would make a big difference in the clinical management of patients.

MP: Media-reported lupus-related deaths, such as that of Sasha McHale, must be extremely troubling to people living with the disease.

EG: It’s a scary disease, no doubt. But I hope people will recognize [that we’re making progress with it]. There’s the approval of the new drug last year and the fact that clinical trials are escalating in a way that we’ve never seen before. And research is beginning to blossom regarding the genetics and some of the other factors that contribute to the disease. I think we’re only going to see things improve rapidly over the next few years as we go forward.

FYI: The Lupus Foundation of Minnesota is sponsoring a conference Dec. 15 at the Hilton Minneapolis/St. Paul Airport Mall of America hotel in Bloomington. Physicians, researchers and other experts from around the country will be discussing the latest advances in lupus management, treatment and research. The cost to the general public is $20 for the daylong event. (Scholarships are available.) You’ll find more information on the foundation’s website.