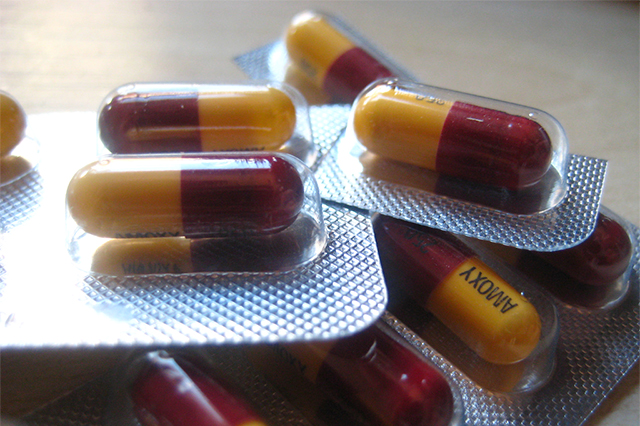 Almost 70 percent of people living in Minnesota’s Olmsted County take at least one prescription drug each year, and more than 20 percent take five or more different types of drugs, according to a Mayo Clinic study published earlier this week.

The three most commonly prescribed drugs are antibiotics, antidepressants and opioid pain medications, the study found.

At first glance, that 70 percent figure seems somewhat unexpected. Previous studies involving other population groups in the United States have tended to suggest that around 50 percent of Americans take prescription drugs. But those studies focused on monthly or weekly use. The Mayo Clinic study looked at how many people had been prescribed a prescription drug within a 12-month period. The researchers did that so they could capture the use of seasonal medications, such as those prescribed for certain allergies.

“We took a broader time frame than the other studies, so it’s not surprising that our frequencies are higher,” said Dr. Walter Rocca, a professor of epidemiology and neurology at the Mayo Clinic, in a phone interview Thursday. Rocca is also co-director of the Rochester Epidemiology Project (REP), a medical-records system shared by the Mayo Clinic and Olmsted Medical Center. REP provided the data analyzed for the study.

But it’s not just the high prevalence of prescription drug use that makes this study’s findings interesting. There has been growing concern among many public health officials about the overprescribing of prescription medications. And three of the drugs that have generated much of that concern are the ones that came out on top in this study: antibiotics, antidepressants and opioid painkillers.

In fact, abuse of prescription drugs, particularly opioids, is now widely acknowledged as the fastest-growing drug problem in the country.

The REP data used in the Mayo Clinic study were from 2009 and involved 142,377 Olmsted County residents, or 98.7 percent of the entire population of the county. (The Mayo Clinic and the Olmsted Medical Center provide almost all of the medical care for the county.)

The researchers looked specifically at the prescription data for five major types of drugs, and found that during that 12-month period:

In addition, the study found, not surprisingly, that the prevalence of most of the drug groups increased as people aged. Among people aged 65 years or older, for example, 41 percent were taking a statin or other anti-cholesterol drug.

Here are some additional findings:

Overall, women were much more likely than men to be prescribed drugs, except for medications used to treat heart disease.

“This may be because women are more affected by certain conditions or because they are more willing to seek help from the medical system,” said Rocca.

Rocca said this study offers a valuable baseline of information for future research into drug-prescribing patterns and their effectiveness on improving health.

The next step, he said, will be to dig deeper into the data to determine prescribing trends — and to see if there are any indicators of either over- or under-use of drugs.

“The elderly are being treated more aggressively for depression, which we think may be a positive trend,” he said. “But there may be other populations in which the medicines may be overly used.”

The study was published in the journal Mayo Clinical Proceedings. Unfortunately, it’s behind a paywall, but you can read the abstract on the journal’s website.