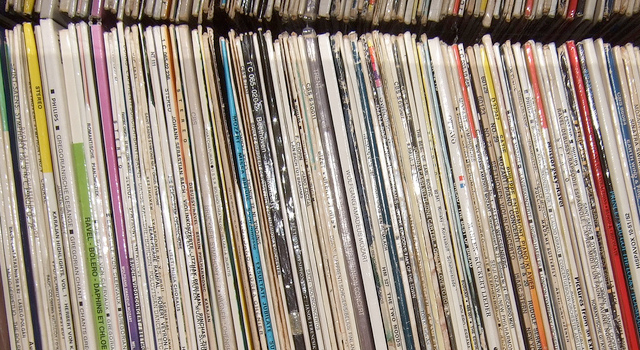 I have a friend who each week removes nine items from her home. (Her choice of nine has, I believe, something to do with feng shui.) She usually donates or recycles the items, but if that’s not possible, she just tosses them in the trash. Everything in her now orderly home has a specific purpose, which can be either utilitarian (a kitchen gadget) or aesthetic (a painting). The effect is very calming, and she says she feels much freer, less encumbered.

Ah, if only de-cluttering were that easy for the rest of us.

I thought of my friend (and my own overstuffed attic) as I read “The Psychology of Stuff and Things” in the August issue of The Psychologist, the monthly magazine of the British Psychological Association. In the article, psychologist-journalist Christian Jarrett reviews what scientists have learned about our attachment to things.

“More than mere tools, luxuries or junk, our possessions become extensions of the self,” Jarrett writes. “We use them to signal to ourselves and others, who we want to be and where we want to belong. And long after we’re gone, they become our legacy. Some might even say our essence lives on in what once we made or owned.”

“When Batya Licht and her colleagues in 2008 filmed 22-month-olds playing with their peers in day-care,” notes Jarrett, “nearly a quarter of all sources of conflict were over possessions — where the ‘child either defended his or her objects from another child, or wanted to take an object from another child.”

As children enter their teens, they begin to use possessions to express their self-image and, in many cases, to increase their sense of self-worth.

“In 2007, Lan Chaplin and [Deborah Roedder John of the University of Minnesota’s Carlson School of Management]  interviewed participants aged between eight and 18 and found that ‘materialism’ (identified by choosing material goods in answer to ‘What makes me happy?’) peaked at middle adolescence, just when self-esteem tended to be lowest,” Jarrett explains. “In a follow-up, materialism was reduced in teens who were given flattering feedback from peers to boost their self-esteem. ‘Giving children or adolescents a sense of self-worth and accomplishment seems to be quite an effective antidote to the development of materialism,’ the researchers said.”

By adulthood, the use of possessions to boost self-confidence — and to send signals to others about self-identity — is in full force.

Indeed, restoring a fragile ego, says Jarrett, “could help explain some of the behaviour we associate with a mid-life crisis, such as when the angst-ridden fifty-something finds solace in a new Porsche.”

We also use our purchases to signal our membership in particular social groups. An obvious example is the wearing of the colors and logos of a specific sports team. A less obvious way is through the brands we buy — and display.

“The success of the Apple brand has been attributed in part to people’s desire to show that they belong to a consumer tribe with connotations of ‘coolness,’ ” notes Jarrett.

Some interesting work has been done on older people and their attachments to particular brands. One study found, writes Jarrett, that “among men, but not women, there was a clear preference for cars that dated from the participants’ youth (peaking around age 26). This was particularly the case for men who were more nostalgic and who believed that things were better in the old days.”

Storing stuff in ‘the digital cloud’

Jarrett concludes his article with the intriguing proposition that the nature of our relationship with our possessions is currently undergoing a major change as we begin to store much of our “stuff” online.

“Dusty music and literary collections are being rehoused in the digital cloud,” he writes. “Where once we expressed our identity through fashion preferences and props, today we can cultivate an online identity with a carefully constructed homepage. We no longer have to purchase an item to associate ourselves with it, we can simply tell the world via Twitter or Facebook about our preferences. The self has become extended, almost literally, into technology, with Google acting like a memory prosthetic. In short, our relationship with our things, possessions and brands remains as important as ever, it’s just the nature of the relationship is changing.”

That’s going to make it a lot easier to clean out the attic.

Is the digital age changing the nature of our attachment to possessions?