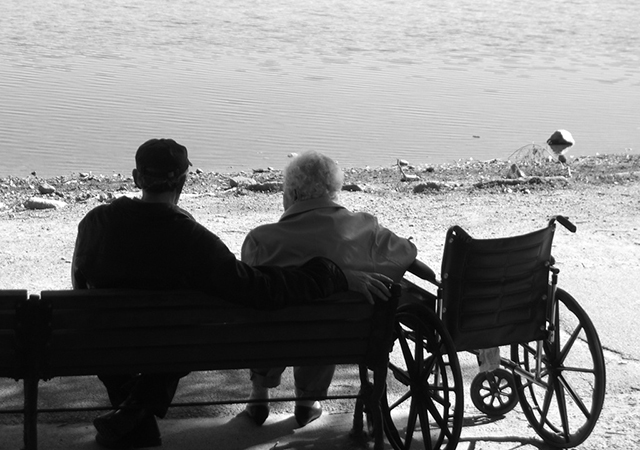 There’s a “paucity of evidence” that brain scans or cerebrospinal fluid tests can determine with any kind of accuracy who will go on to develop Alzheimer’s disease.

In a scathing commentary published online today in the journal BMJ, four Australian and British experts on aging and dementia charge that policies aimed at screening older people for minor memory changes — sometimes called mild cognitive impairment or “pre-dementia” — are not based on sound scientific evidence and lead to overdiagnosis and potentially harmful and unnecessary treatment.

“The emphasis on early diagnosis of mild cognitive impairment stems from the assumption that people with dementia have an illness that progresses through a period when symptoms are initially mild and interventions more likely to be effective,” write the experts, who include David Le Couteur, a professor of geriatric medicine at the University of Sydney, and Carol Brayne, a professor of public health at the University of Cambridge. “Historically, older people with minor memory or cognitive changes were regarded as having a relatively benign and age related problem. But over the past 15 years or so a change in terminology has resulted in people being labeled as having a disease in its own right or of having a condition that will inevitably progress to dementia.”

But that progression is far from being inevitable, as Le Couteur, Brayne and their co-authors note:

Only 5-10% of people with mild cognitive impairment will progress to dementia each year, and as many as 40-70% of people do not progress or their cognitive function may even improve. Interestingly, this may also be accompanied by reversal of structural changes found in the brain.

In fact, under the diagnostic definition for “minor neurocognitive disorder” (the now preferred term for “pre-dementia”) that appears in the latest edition of the Diagnostic and Statistic Manual of Mental Disorders (DSM-5) “about 16% of the population will be automatically defined as having” the condition, point out the authors of the commentary.

One meta-analysis of 15 different studies on dementia estimated that if six out of 100 patients had dementia, a clinician using the current diagnostic criteria would correctly identify four of those six — but would also incorrectly diagnosis dementia in another 23 people.

As the commentary’s authors explain, there’s a “paucity of evidence” that brain scans or cerebrospinal fluid tests (used to look for changes in amyloid deposits) can determine with any kind of accuracy who will go on to develop Alzheimer’s disease. Yet even without that evidence, many doctors now routinely use such assessments to identify people “at increased risk of developing Alzheimer’s disease” or with “pre-clinical Alzheimer’s” (meaning the person has the condition in the absence of any kind of symptoms).

The risks and costs associated with such assessments are significant, stress Le Couteur, Brayne and their co-authors. First, there’s the financial cost: About $5,000 for the dementia diagnosis alone, followed by the ongoing expenses associated with “treatment”:

There are no drugs that prevent the progression of dementia or are effective in patients with mild cognitive impairment, and none is recommended for these purposes. Once patients get labeled with disease, or pre-disease, however, they may try therapies that are marketed (in the absence of evidence) as disease modifiers, such as vitamin E, gingko biloba, cholinesterase inhibitors or memantine, and run the risk of adverse effects. The adverse effects of cholinesterase inhibitors include increased risk of hip fractures, syncope [fainting], and pacemaker insertion, while the cost is [$1,200 to $1,600] per patient each year.

In Australia, note the experts, total expenditures on cholinesterase inhibitors alone has risen more than fivefold during the past decade or so.

Of course, receiving a “pre-dementia” diagnosis exacts a heavy emotional cost too, as the commentary authors explain:

Dementia is the illness most feared by people over the age of 55 years, and some patients and their families may become anxious after dementia or mild cognitive impairment is diagnosed. The diagnosis of dementia related illness affects identity, leading to feelings of loss, anger, uncertainty, and frustration. It also affects roles and relationships within the family and in wider social networks. The distress of getting a diagnosis may also result in suicide or euthanasia.

‘An unwanted war against dementia’

“Expanding the diagnosis of dementia mostly increases profit for corporations and industries involved with developing screening and early diagnosis tests, and pharmaceutical and complementary medicines marketed to maintain cognition in old age,” write the commentary’s authors. “It also provides work for clinicians specialising in dementia.”

That’s not to say that everybody working in the field is out for their own interests alone. Alzheimer’s disease and other forms of dementia are very real illnesses, and cause very real human suffering. The desire of doctors, nonprofit advocacy groups, researchers and politicians to “raise the profile of dementia is understandable,” the commentary’s authors note.

“But,” they add, “we risk being conscripted into an unwanted ‘war against dementia.’ ”

“The political rhetoric expanded on preventing the burden of dementia would be much better served by efforts to reduce smoking and obesity, given current knowledge linking mid-life obesity and cigarettes with the risk of dementia,” they conclude. “And although increasing the diagnosis rates might raise awareness and perhaps fear of dementia in the community, there is a risk it will result in reallocating resources that are badly needed for the care of people with advanced dementia.”

You can read the commentary at the BMJ website.

In a new memoir, humorist John Moe details his struggle with depression