Most people are aware that childhood obesity is a public-health problem, and some are also aware that many children and adolescents develop serious eating disorders, such as anorexia nervosa and bulimia.

But few people, including parents and physicians, are aware that children and adolescents who were once overweight or obese are at risk of becoming anorexic or bulimic.

But they are at risk — and significantly so, according to a Mayo Clinic report published in the October issue of the journal Pediatrics. At least one-third of the adolescents who seek treatment at Mayo’s eating disorders program in Rochester have a history of being overweight or obese, say the authors of the report.

The report presents two case studies from their own files to illustrate the problem. One involves a boy who lost half his body weight between the ages of 12 and 15, going from moderately obese (a body mass index, or BMI, of 33.6) to severely underweight (a BMI of 16). He had more than a dozen visits with health-care providers during that three-year period, but no one expressed any concern about his restrictive eating behavior (he was consuming no more than 600 calories a day), despite such eating-disorder-related symptoms as difficulty concentrating, intolerance to cold, severe fatigue, mood swings and irritability, and extreme social withdrawal.

The other case study involves a girl who lost 84 pounds between the ages of 14 and 17, dropping from the 97th to the 10th weight percentile. By the end of the first year-and-a-half of her weight loss, she was exhibiting symptoms and medical conditions associated with eating disorders. She stopped menstruating, for example, and developed stress fractures in her shins. Her mother became concerned — and expressed her concern to the girl’s health-care providers. But those providers failed to consider that the teen had an eating disorder. (They treated the girl’s bone fractures as a running injury; she was running seven miles daily.)

These cases underscore the need for primary-care physicians — and parents — to understand that young people at any weight may have a serious eating disorder, say the Mayo researchers.

In a phone interview last week, MinnPost talked with Leslie A. Sim, the report’s lead author and the clinical director of the Mayo Clinic’s eating disorders program, about the troubling relationship between obesity and eating disorders in children and adolescents. The following is an edited transcript of that interview.

MinnPost: How did you come to make the connection between obesity and eating disorders in adolescents? What were you seeing in your clinic?

Leslie Sim: We started seeing kids with significant weight loss and all the symptoms of anorexia nervosa. And when we started to do their history, they told us they had been significantly overweight or obese before they developed their eating disorder. We noted that some of these kids had visited their primary-care provider or had been told by a parent or some kind of authority figure that they needed to lose weight. That sort of started our thought processes going. We thought we really needed to understand what’s going on with these kids. We also noted they weren’t being identified [with an eating disorder] as quickly as some of our other kids who had started on the normal weight range.

MP: You then did some research and found that a significant percentage of children and adolescents coming through your eating disorders program had a history of obesity.

LS: Yes, 35 percent. Given that the prevalence of obesity and overweight in kids is about 35 percent, it’s not that surprising that we’re seeing something similar in our program. It reflects what we’re seeing in the general population — that obese kids can also get an eating disorder. They are not immune to developing anorexia nervosa. In some ways they may be more at risk.

MP: That’s a stunning number. Are physicians elsewhere aware of that?

LS: They may not be. When we typically think of people with anorexia, we just assume that they’re people who are extremely restrictive with their food in general and that they have a lot of (quote-unquote) willpower. And we assume that kids with obesity don’t have willpower. But this illness is not at all about willpower.

MP: You also found that it takes 11 months longer, on average, for children with a history of obesity to be identified with an eating disorder than it does for other children.

LS:  Yes. In fact, it can take up to two years to be identified with this problem.

LS:  A normal-weight kid doesn’t have to lose a lot of weight for it to become pretty evident that there is a problem. It’s definitely demonstrated on their physique. Whereas, with someone in the overweight range, they have to lose a lot more weight for us to start getting concerned. In fact, initially, we may think [the weight loss] is a wonderful thing and congratulate them for it. We may not [realize that there is] a problem.

MP: And that was certainly what happened with the two young patients you describe in your Pediatrics paper. The physicians didn’t really see their eating disorders at first. But the parents did. Why is that?

MP: But sometimes, at least at the beginning, the parent may also be thinking, like the physician, that what’s happening to their child is a great thing because he or she is losing weight.

LS: Yes. I hear parents a lot say things like, “Initially, it started out as an attempt to eat healthy. My child started to cut out junk food, and we thought, ‘Wonderful. This is great. I’m really pleased. And, oh, he’s starting to go to the gym. That’s great.’”

MP: The latest issue of the DSM [Diagnostic and Statistical Manual] has broadened the criteria for anorexia by taking away the “being thin” weight requirement. The new criteria seems to recognize that anorexia is a psychological rather than a weight disorder. I’m assuming you’re pleased with that expansion of the criteria.

LS: Absolutely. I’m happy with that because when you have a weight requirement, you’re missing a lot of kids who could be very ill and suffering from anorexia nervosa.

When you diagnose someone with “an eating disorder not otherwise specified” [an eating disorder that does not meet the criteria for anorexia nervosa or bulimia nervosa], which is what would happen in the previous version of the DSM, people see that as a (quote-unquote) sub-threshhold eating disorder and not a serious problem. Insurance companies see it that way. Providers see it that way. And even patients themselves. They say, “Well, I’m not really sick enough to be diagnosed with anorexia nervosa, so this isn’t really a big deal. So maybe I don’t need to go do what they’re saying because I’m not that sick.”

Interestingly, the mortality rate is slightly higher for eating disorder not otherwise specified than for anorexia nervosa. 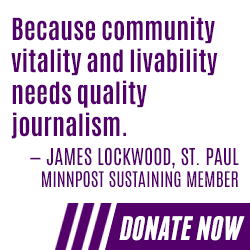 MP: Because they’re not getting the treatment they need?

LS: Exactly. They’re not taking it as seriously and getting care.

MP: And anorexia is a very serious illness.

LS:  Yes. It’s known as the psychiatric illness with the highest mortality rate. It’s one of these psychiatric illness that actually has both short-term and long-term consequences to the person’s physical health. I see 18-year-old girls with osteoporosis. That’s a pretty severe problem. They don’t even have enough nutrition to support bone development. We see kids with heart issues, too, and other problems.

MP: What changes would you like to see within the medical profession to help ensure that eating disorders in children and adolescents with a history of obesity don’t go unrecognized?

LS: I would really like to see us get away from talking about weight itself as an indicator of health and look instead at what the child is doing. What kind of behaviors are they showing? If a child is drinking seven sugary beverages every day, they are going to have a problem regardless of their weight, whether they’re thin or overweight. It’s going to impair their health. It’s going to affect their pancreas. [On the other hand,], if they’re overweight, but they’re running track and they’re eating well and have good friendships, good family relationships, and they’re not drinking sugary beverages — they may be perfectly healthy, independent of whatever their weight is.

So I’d like physicians to, first, take a look at the [child’s] weight history. Don’t just look at the weight at one point in time — at that particular visit — and compare it to everyone else in the population. Respect individual differences. There are kids [whose weight does] track higher, but who are healthy. And there are kids who have a consistent pattern of [weight] growth that is lower, and they may be perfectly healthy. We want to look at changes from the person’s growth pattern.

MP: And parents? What can they do if they suspect their child has an eating disorder?

We know dieting causes eating disorders. It also makes people actually gain weight, not lose weight. So we don’t want our children dieting at all. Unfortunately, when we talk about healthy eating in our society, we sometimes equate that with dieting.

We need to be careful. We don’t want to demonize food. Instead, we want to model healthy behaviors. We also want to observe our children’s health behaviors, and really focus on that. If you’re seeing major changes — if  a child is becoming very strict, very restrictive [about eating] — then you want to get them seen [by a physician].

MP: We also need to help our children realize that not everybody should aspire to be thin and that they need to respect their own bodies, right?

LS: Absolutely. Not everyone can be six feet tall. Some of us are shorter, and we wouldn’t say that person is “under-height” or their height is not healthy. We need to understand that there are strong genetic influences.

What we need to do, then, is [to encourage our children] to live healthy lifestyles and to modulate and manage their weight at a healthy level to support energy and all the activities that give our lives meaning and purpose.