A troubling article published over the weekend in the New York Times describes how the high price of medications used for common illnesses is not only imposing a huge financial burden on the U.S. economy, but also putting patients’ lives in danger.

Written by reporter Elisabeth Rosenthal, who trained and worked as a doctor before joining the New York Times’ staff in the late 1990s, the article focuses on medications used to treat asthma, a common chronic medical condition that affects 40 million Americans.

Asthma is a serious and potentially life-threatening illness. It kills about 3,300 Americans each year, including many, as Rosenthal points out, who “skimped on medicines or did without.”

“The thing is that asthma is so fixable,” one doctor told Rosenthal. “All people need is medicine and education.”

But in the United States, being able to afford medication for asthma “often requires top-notch insurance or plenty of disposable income, and time to hunt for deals and bargains,” Rosenthal reports.

The annual cost of asthma treatments in the United States, including millions of potentially avoidable hospital visits, is more than $56 million, she adds.

Competition is ‘often a mirage’

Unlike other countries, where the government directly or indirectly sets an allowed national wholesale price for each drug, the United States leave prices to market competition among pharmaceutical companies, including generic drug makers. But competition is often a mirage in today’s health care arena — a surprising number of lifesaving drugs are made by only one manufacturer — and businesses often successfully blunt market forces.

Asthma inhalers, for example, are protected by strings of patents — for pumps, delivery systems and production processes — that are hard to skirt to make generic alternatives, even when the medicines they contain are old, as they almost all are.

The repatenting of older drugs like some birth control pills, insulin and colchicine, the primary treatment for gout, has rendered medicines that once cost pennies many times more expensive.

“The increases are stunning, and it’s very injurious to patients,” said Dr. Robert Morrow, a family practitioner in the Bronx. “Colchicine is a drug you could find in Egyptian mummies.”

Pharmaceutical companies also buttress high prices by choosing to sell a medicine by prescription, rather than over the counter, so that insurers cover a price tag that would be unacceptable to consumers paying full freight. They even pay generic drug makers not to produce cut-rate competitors in a controversial scheme called pay for delay. 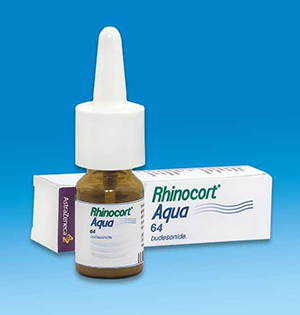 In addition, writes Rosenthal, “Lawmakers in Washington have forbidden Medicare, the largest government purchaser of health care, to negotiate drug prices. Unlike its counterparts in other countries, the United States Patient-Centered Outcomes Research Institute, which evaluates treatments for coverage by federal programs, is not allowed to consider cost comparisons or cost-effectiveness in its recommendations. And importation of prescription medicines from abroad is illegal, even personal purchases from mail-order pharmacies.”

The result: U.S. consumers pay jaw-droppingly higher costs for their medications than do consumers in many other areas of the world. Rosenthal offers these three asthma-related examples:

The high cost of these drugs has real consequences for real people.

“At the Breathmobile clinic in Oakland, the parents of Bella Buyanurt, 7, fretted about how they would buy her medications since the family lost Medicaid coverage,” reports Rosenthal. “Barbary Wolf, 73, a retired Oakland school administrator covered by Medicare, said she used her inhaler sparingly, adding, I minimize puffs to minimize cost.”

Meanwhile, global sales of the two best-selling asthma inhalers, Advair and Symbicort, reached $8 billion and $3 billion, respectively, last year. The inhalers typically last a month, notes Rosenthal, and retail for $250 to $350 in the United States.

A spokesperson for Astra Zeneca, the maker of Symbicort and other asthma drugs, told Rosenthal that the company’s drugs were competitively priced. She also said that low-income patients could apply for free drugs with the company.

What a way to run a health-care system.

You can read the article on the New York Times’ website. This is the latest article in an ongoing investigative series by Rosenthal on the high cost of health care in the United States. Previous articles in the series have focused on colonoscopies, childbirth and hip replacements.