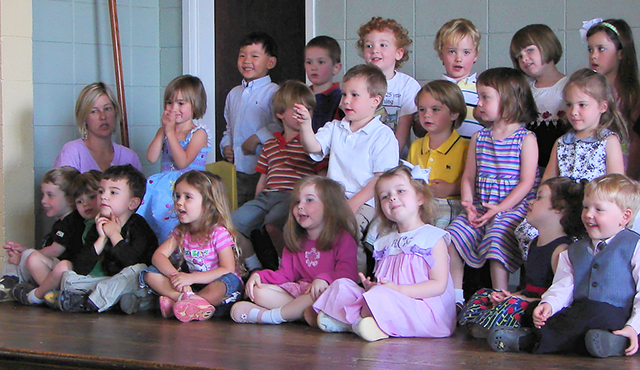 As I’ve pointed out here before, the “Mozart effect” — the idea that simply listening to classical music improves children’s spatial skills — has long been debunked.

Still, the belief that music training somehow makes children smarter or do better in school persists in the public’s mind — or at least in many parents’ minds.

As someone who studied two instruments throughout my childhood (and who made sure my own children took music lessons as well), I would be thrilled if that notion were to be proven true.

But, alas, it appears the evidence just isn’t there. In fact, a new study from a team of Harvard University researchers underscores that point. They conducted two experiments and found that music training offered no cognitive advantage to children.

Past evidence was weak

As the researchers point out in the introduction to their study, only five randomized control trials (science’s gold standard of evidence) have previously examined the effect of music training on children’s cognitive skills. Of those, only one showed a positive effect — a 2.7-point increase in IQ after 36 weeks of piano or voice lessons — but that effect was too small to be of much statistical significance.

For their own study, the researchers recruited 29 parents and 4-year-old children from the Boston area. The children were randomly assigned to take six weekly parent-child music or visual arts classes. To minimize any differences between the experiences of the two types of classes, the same teacher taught both (although he had more experience in teaching music than in teaching visual arts). Controlling for the effect of different teachers was a key element missing from earlier studies.

The children were tested for vocabulary, number and two forms of spatial skills before and after the six-week course of classes. An analysis of those tests found that both groups of children performed equally well on the vocabulary and number tests. The children split, however, on the spatial-skills tests: those with the music training performed better on one of the tests; those with the visual arts training performed better on the other.

“The effects were tiny and their statistical significance was marginal at best,” said lead author Samuel Mehr, a graduate student at the Harvard School of Education, in a press statement released with the study. “So we attempted to replicate the study, something that hasn’t been done in any of the previous work.”

A second experiment, which involved 45 parents and children, found no cognitive differences.

Boosting brain power is besides the point

Mehr and his colleagues acknowledge that their study had several limitations. Perhaps the music training would have demonstrated a cognitive advantage for the children if the classes had run for a longer period of time, for example, or been more formal in their structure.

But, as the researchers stress, just because music training may not help your child do better on the SATs is no reason to cancel the violin or singing lessons.

“We don’t teach our children Shakespeare and Dante and Tolstoy because it makes them do better in American history class or at learning the periodic table of the elements,” Mehr (who apparently plays the saxophone, flute, clarinet, oboe and bassoon) told the Boston Globe. “We teach them those great authors because those great authors are important. There’s really no reason to justify music education on any other basis than its intrinsic merits. We have our Dante, Tolstoy, and Shakespeare, and they are Bach, Duke Ellington, and Benjamin Britten.”

The study was published this week in the open-access journal PLOS ONE.