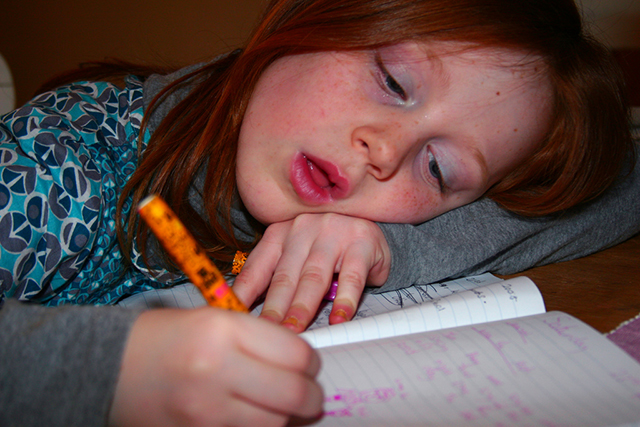 Creative Commons/Anthony KellyIn 2012, the sales of stimulant drugs in the U.S. reached almost $9 billion. That’s five times higher than a decade ago.

Two disturbing articles on the overprescribing of powerful prescription drugs to children were published this month.

One, which appeared Sunday in the New York Times, focuses on prescription stimulants used to treat attention deficit hyperactivity disorder (ADHD), such as Adderall and Ritalin. The other, published this month in Consumer Reports, looks at antipsychotic drugs, such as Risperdal, Seroquel and Abilify.

According to the U.S. Food and Drug Administration (FDA), antipsychotic drugs are supposed to be prescribed to children only in specific situations: to treat schizophrenia or bipolar disorder in adolescents and to treat severe irritability in children aged five and older with autism. But doctors are increasingly prescribing the drugs off-label to treat behavioral problems in children as young as 2 years old.

In both cases, the rate at which the drugs are being prescribed to children has tripled during the past decade or so. Indeed, as the Times articles points out, one in seven children in the U.S. are diagnosed with ADHD by the age of 18.

These articles are must reading for parents, as well as for anyone else who is concerned about how drugs are marketed and sold to the public these days.

And that should be all of us.

Few dispute that classic A.D.H.D., historically estimated to affect 5 percent of children, is a legitimate disability that impedes success at school, work and personal life. Medication often assuages the severe impulsiveness and inability to concentrate … .

But even some of the field’s longtime advocates say the zeal to find and treat every A.D.H.D. child has led to too many people with scant symptoms receiving the diagnosis and medication. …

Behind that growth has been drug company marketing that has stretched the image of classic A.D.H.D. to include relatively normal behavior like carelessness and impatience, and has often overstated the pills’ benefits. Advertising on television and in popular magazines like People and Good Housekeeping has cast common childhood forgetfulness and poor grades as grounds for medication that, among other benefits, can result in “schoolwork that matches his intelligence” and ease family tension. …

The Food and Drug Administration has cited every major A.D.H.D. drug — stimulants like Adderall, Concerta, Focalin and Vyvanse, and nonstimulants like Intuniv and Strattera — for false and misleading advertising since 2000, some multiple times. …

Many doctors have portrayed the medications as benign — “safer than aspirin,” some say — even though they can have significant side effects and are regulated in the same class as morphine and oxycodone because of their potential for abuse and addiction. …

Companies even try to speak to youngsters directly. Shire — the longtime market leader, with several A.D.H.D. medications including Adderall — recently subsidized 50,000 copies of a comic book that tries to demystify the disorder and uses superheroes to tell children, “Medicines may make it easier to pay attention and control your behavior!”

As Schwarz points out, these marketing efforts — even with all the fines and other regulatory wrist slapping — have been extremely successful. In 2012, the sales of stimulant drugs in the U.S. reached almost $9 billion. That’s five times higher than a decade ago.

Prescribed despite lack of evidence that they work

The number of children taking powerful antipsychotic drugs has nearly tripled over the last 10 to 15 years, according to recent research. The increase comes not because of an epidemic of schizophrenia or other forms of serious mental illness in children, but because doctors are increasingly prescribing the drugs to treat behavior problems, a use not approved by the Food and Drug Administration (FDA). And a disproportionate number of those prescriptions are written for poor and minority children, some as young as age 2.

Doctors are prescribing antipsychotics even though there’s minimal evidence that the drugs help kids for approved uses, much less the unapproved ones, such as behavioral problems. And to make matters worse, the little research there is suggests the drugs can cause troubling side effects, including weight gain, high cholesterol, and an increased risk of type-2 diabetes.

Doctors can legally — and commonly do — write prescriptions for any medication they see fit to treat a condition. …

But overuse of antipsychotic drugs has become worrisome enough that the American Psychiatric Association [APA] recently announced that doctors should not routinely prescribe the drugs as first-line treatment to children and adolescents for any reason other than psychotic disorders such as schizophrenia or severe tic disorders. The association is so concerned that it chose to include this issue as part of Choosing Wisely, an initiative in which Consumer Reports has jointed the ABIM Foundation and national medical societies to identify tests and treatments to question.

(Although the APA should be applauded for its Choosing Wisely efforts to rein in the prescribing of antipsychotic drugs, the organization is also part of the overprescribing problem, at least in regard to stimulants. Writes Schwarz in his New York times piece: “Like most psychiatric conditions, A.D.H.D. has no definitive test, and most experts in the field agree that its symptoms are open to interpretation by patients, parents and doctors. The American Psychiatric Association, which receives significant financing from drug companies, has gradually loosened the official criteria for the disorder to include common childhood behavior like “makes careless mistakes” or “often has difficulty waiting his or her turn.”)

As the Consumer Reports editors point out, “[a]ntipsychotic drugs do have a place in psychiatric treatment, even in children and teens. They can help manage disabling symptoms caused by severe mental illness or developmental disorders. But for many kids taking the drugs, the benefits probably don’t outweigh the risks.”

“What’s not known about the long-term effects is very troubling,” Christopher Bellonci, M.D., assistant professor at Tufts University School of Medicine in Boston, told the editors. “The younger you go, the more you can affect the developing brain.”

So, why are doctors prescribing these drugs in ever-increasing amounts?

As the saying goes, follow the money. As with prescription stimulants, “antipsychotics have become huge moneymakers for the drug industry,” write the editors of Consumer Reports. “In 2003, annual U.S. sales of the drugs were estimated at $2.8 billion; by 2011, that number had risen to $18.2 billion. That huge growth was driven in part by one company — Janssen Pharmaceuticals — and its aggressive promotion of off-label uses in children and elderly patients, relying on marketing tactics that, according to the federal government, crossed legal and ethical lines.”

Earlier this year, Janssen Pharmaceuticals and two other subsidiaries of the pharmaceutical giant Johnson & Johnson “agreed to pay more than $2.2 billion to settle criminal and civil claims stemming from deceptive marketing of the antipsychotics risperidone (Risperdal) and other products,” the editors add. “According to claims made by the U.S. Department of Justice, the companies marketed two antipsychotics for uses that were never proved safe and effective using tactics that allegedly included downplaying serious risks and paying kickbacks to physicians and pharmacies for prescribing and promoting the drugs.”

“Our investigation, based on an analysis by the American Society of Health-System Pharmacists, uncovered several factors, including overly aggressive drug marketing and a lack of access to quality mental health care,” write the Consumer Reports editors. “Caught in the middle are families who often have insufficient resources to deal with complex emotional, psychological, and behavioral problems.”

“There’s a societal trend to look for the quick fix, the magic bullet that will correct disruptive behaviors,” David Rubin, M.D., associate professor of pediatrics at the Perelman School of Medicine at the University of Pennsylvania in Philadelphia, told the editors. “But for those looking for a quick solution to escalating behaviors at home, the hard truth is there is unlikely to be a quick fix.”

As I said, these articles are must reading for all of us, parents and nonparents alike. You’ll find Schwarz’s article here and the Consumer Reports article here.