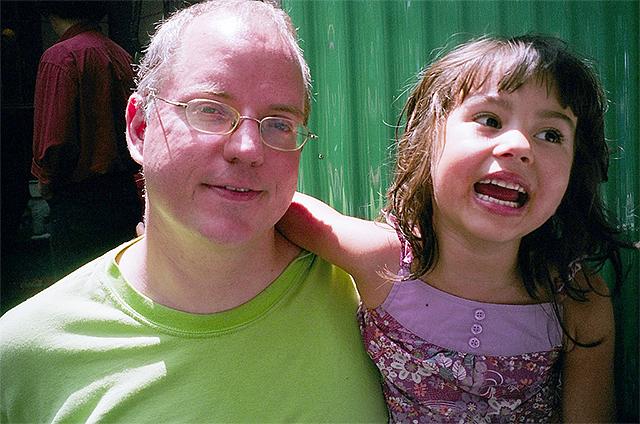 Creative Commons/edenpictures
The children of the older fathers are also at greater risk for academic struggles.

Children born to men who are middle-aged or older are at greater risk of having a neurological or psychiatric problem and of doing poorly at school than those born to younger men, a new study reports.

The findings were published Thursday in JAMA Psychiatry.

A large and comprehensive study

Earlier research has reported an association between advancing paternal age and children with an increased risk of neurological and psychiatric problems, including autism, bipolar disorder and schizophrenia, as well as intellectual and academic problems. But those studies have tended to compare younger fathers and their children to different older fathers and their kids.

This current study, which analyzed detailed birth and medical data for 2.6 million people born to 1.4 million men in Sweden between 1973 and 2001, included in its analysis a comparison of the mental health and academic history of siblings born to the same father.

The authors of the study also controlled for a long list of independent factors that might account for increased mental health and academic problems, including the mother’s age at the child’s birth (children born to older mothers are at increased risk for many of these same neurological and psychiatric disorders), the birth order of the child (oldest, youngest or somewhere in the middle), and any history among the parents of psychiatric hospitalizations or criminal convictions.

But the findings held.

Gene mutations may be a factor

In an e-mail exchange Thursday with MinnPost, Brian D’Onofrio, the study’s lead author and a professor of psychology and brain sciences at Indiana University, said the difference in risk among siblings born to the same father at different ages was the finding that most surprised him.

“We compared offspring born when a father was younger to their sibling when the father was older,” he wrote. “We did not expect that the magnitude of the associations between advancing paternal age at childbearing and offspring problems would be larger.”

D’Onofrio and his co-authors say that any increased risks due to advancing paternal age are probably caused by spontaneous genetic errors known as de novo mutations. A 2012 study reported that the rate of de novo mutations appears to double in men’s sperm every 16.5 years. Most of these mutations are innocuous, but some have been linked to neurological and psychiatric disorders, including autism and schizophrenia.

Of course, this was an observational study, which means it can show only an association between two things, not a cause-and-effect. Other factors within families that might have an influence on a child’s psychological development — ones not identified in the study — may explain the findings.

[T]he overall prevalence of autism is 0.5 percent to 1 percent of the population, depending on the estimate and the location. But for the children of healthy parents in their 20s, the rate is perhaps one in 300, or even lower. A threefold increase would put the odds at about one in 100, still very low. The same goes for the risk of psychosis. The baseline rate is tiny for the children of young, healthy parents, and remains quite low even when doubled.

D’Onofrio agrees. “We’re not saying that all offspring born to older fathers will have psychiatric or educational problems,” he wrote to MinnPost. “In fact, an overwhelming majority of offspring born to older men will not have major psychiatric or academic problems. Rather, the study found that advancing paternal age at childbearing is associated with greater risk for serious problems in offspring that are associated with great impairment.”

“The study adds to a growing body of research that suggests families, doctors and society as a whole must consider both the pros and cons of delaying childbearing,” he added.

You’ll find an abstract of the study at the JAMA Psychiatry website.